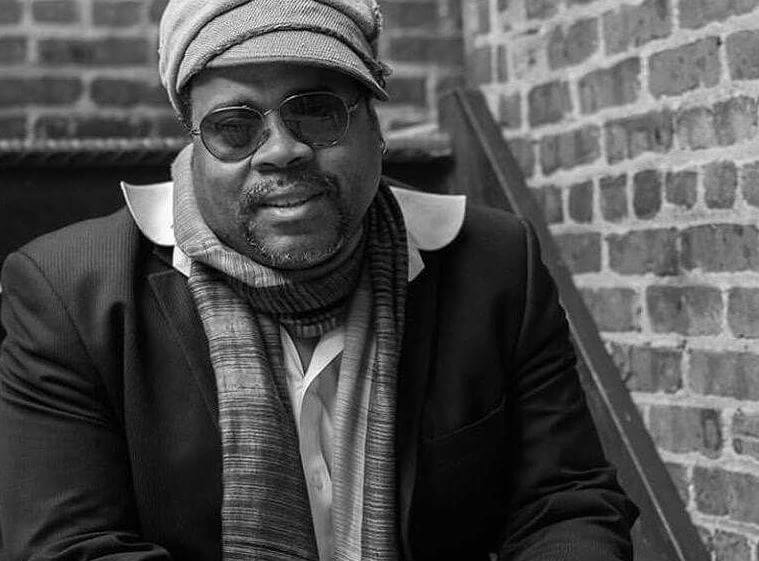 2021 has truly been one of the most tra­gic years in hip hop his­tory with the forever silence of many beloved voices in the cul­ture and unfor­tu­nately we have added anoth­er name to the obit­u­ar­ies.

The cir­cum­stances sur­round­ing his death are still unknown.

His vast col­lec­tion of art­icles, essays, columns, and lit­er­at­ure made you look at the music bey­ond the beats and rhymes and told the his­tory of the black exper­i­ence in West­ern soci­ety.

He was destined from the begin­ning to open minds and shake found­a­tions.

Greg was born in Dayton, Ohio to Charles and Florence Tate who were act­ive in the Civil Rights Move­ment spe­cific­ally as part of the Con­gress for Racial Equal­ity.

He was sur­roun­ded by black con­scious polit­ics and music and was inspired by the likes of Mal­colm X, Amiri Baraka, and Nina Simone.

His interest in writ­ing about music came from read­ing Rolling Stone as a teen­ager and he later went on to attend Howard Uni­ver­sity where he majored in journ­al­ism and film.

He was to hip hop what his idol Amiri Baraka was to blues, which is to tell the story of an his­tor­ic­ally oppressed people through the lens of the artist­ic geni­us that was born out of that oppres­sion.

Begin­ning in 1987, Greg became a staff writer for the Vil­lage Voice in New York where he engaged reg­u­larly with all ele­ments of black cul­ture from jazz to rock n roll and was one of the first writers to write about hip hop.

At the time, the Vil­lage Voice was seen as an out­let for a largely white middle class read­er­ship and Greg ushered in a whole new era that attrac­ted a new audi­ence.

He gave cred­it to the Voice’s music crit­ic Robert Christ­gau for hir­ing him and was quoted as say­ing that Christ­gau “believed Afro-dia­spor­ic musics should on occa­sion be covered by people who wer­en’t strangers to those com­munit­ies.”

His rise in journ­al­ism coin­cided with the rise of hip hop and it was fit­ting that he was in New York, the birth­place of hip hop, to bear wit­ness to greats such as Pub­lic Enemy, Big Daddy Kane, KRS-One, and Eric B. and Rakim.

He fam­ously covered the rise of Eric B. and Rakim and it was his 1988 review of the fam­ous duo that placed them in a cat­egory as one of the most influ­en­tial acts of all time.

In the piece, he wrote “the music on ‘Fol­low the Lead­er’ is spooky, a sci­ence-­fic­tion score that sounds straight out of the Tan­ger­ine Dream song­book”.

Being the crit­ic that he was, he also didn’t shy away from offer­ing his take on what he saw was wrong in hip hop.

“Since PE show sound reas­on­ing when they focus on racism as a tool of the U.S. power struc­ture, they should be intel­li­gent enough to real­ize that dehu­man­iz­ing gays, women, and Jews isn’t going to set black people free. As their proph­et Mr. Far­rakhan has­n’t over­come one or anoth­er of these mor­al lapses, PE might not either. For now swal­low­ing the PE pill means tak­ing the bit­ter with the sweet, and if they don’t grow up, later for they asses.”

Think about how far ahead he was to be a cis­gender man who was anti-sex­ist and anti-hom­phobic in the world of hip hop as well as call­ing out oth­er forms of bigotry.

He was also a gen­er­a­tion­al bridge build­er between hip hop and oth­er forms of black music, most not­ably jazz and was able to show the hip hop gen­er­a­tion the music’s tra­ject­ory that can be traced back to the likes of Louis Arm­strong, Duke Elling­ton, and his favor­ite Miles Dav­is.

Even­tu­ally, Greg’s writ­ings would be fea­tured in out­lets such as The Wash­ing­ton Post, New York Times, Rolling Stone, and Vibe Magazine.

“When it comes to cul­tur­al cri­ti­cism, Greg was truly a force of nature” said Charlie R. Brax­ton.

He also co-foun­ded the Black Rock Coali­tion and Burnt Sug­ar, an orches­tra that brought a unique fusion of soul, funk, R&B, and jazz which adds to his whole artist­ic vir­tu­os­ity in that he didn’t just want to write about music but he wanted to make music.

His leg­acy is that he is the quint­es­sen­tial cul­tur­al crit­ic and it is safe for him that if it weren’t for him, there wouldn’t be hip hop journ­al­ism and it is up to us to fol­low in his example.

“Greg Tate is a must read if you want to be a hip hop journ­al­ist because he is a major part of the blue­print of this genre” said Brax­ton.

We are grate­ful to his vis­ion and will con­tin­ue to make him proud by not just appre­ci­at­ing art for art’s sake but to be artist­ic and illus­tri­ous in the pro­cess.