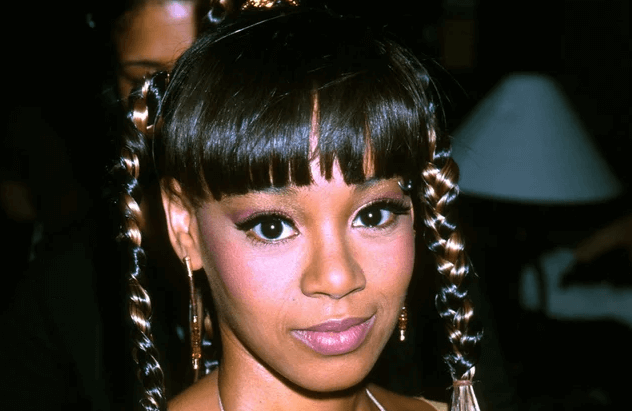 She was the “crazy” in the Crazy­Sexy­Cool triple threat trio that was and is TLC, the biggest selling girl group of all time.

A “crazy” that she used to her advant­age and made her an immor­tal pres­ence in the cul­ture which helps to explain why twenty years after her untimely death in Hon­dur­as is still pain­ful.

It seemed from the very begin­ning that Lisa was destined for great­ness.

She was born on May 27, 1971, in Phil­adelphia, Pennsylvania to fam­ily that rel­ished in all things music. At the age of five, she was play­ing on a toy key­board and her fath­er Ron­ald Lopes, a US Army Ser­geant who led with an iron fist in the house, was a ver­sat­ile musi­cian that played the piano, cla­ri­net, sax­o­phone, and har­mon­ica. Music was in her blood and it was her tick­et to suc­cess.

In the early 90’s, she moved from Phil­adelphia to Atlanta with just a key­board and $700 to her name to make her dreams come true and she arrived at the right moment when Atlanta was start­ing to become the hot­bed for some of the biggest names in hip hop and R&B music that would define that dec­ade and estab­lished the south as a for­mid­able cul­tur­al force. It was there that she met Tionne “TBoz” Watkins and Crys­tal Jones who were in the pro­cess of devel­op­ing a girl group called 2nd Nature and just by pure hap­pen­stance at a loc­al hair salon, they ran into Perri “Pebbles” Reid, who had just launched her own Atlanta based pro­duc­tion com­pany Pebbitone, and after hear their sound expressed a desire to sign them.

It was the big break that Lisa was look­ing for.

Ulti­mately, after audi­tion­ing for Pebbles then hus­band L.A. Reid and his label LaFace Records that he co-owned with Kenny “Baby­face” Edmonds, Crys­tal was cut from the group and would later be replaced by Roz­anda “Chilli” Thomas who was at that time a backup dan­cer for artists such as Dami­on Dame. L.A. and Baby­face would offi­cially sign them on and Pebbles took on the role as man­ager. 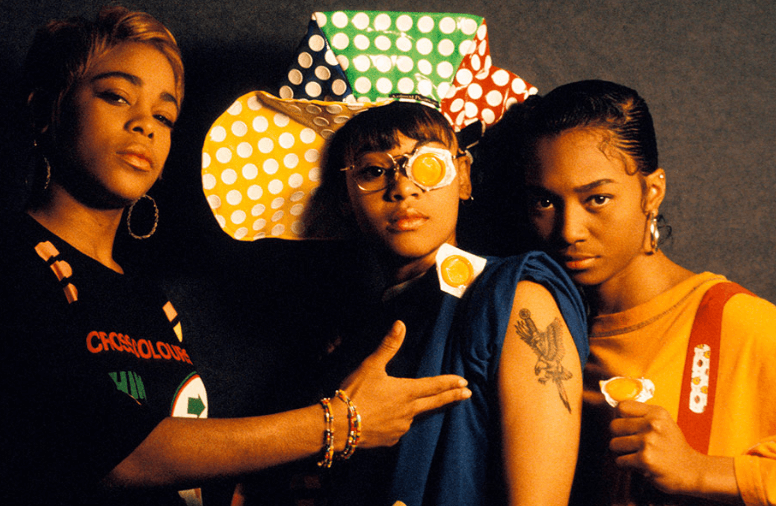 From the begin­ning, the chem­istry between the three was elec­tric and they began a jour­ney that would change the face for women in hip hop. By the time of the release of their debut album, 1992’s Ooooooo­h­hh… On the TLC Tip, they cul­tiv­ated an image that was uncom­prom­ising, play­ful, and unapo­lo­get­ic­ally fem­in­ist even if they didn’t per­son­ally define them­selves as such. They spoke to the con­cerns, desires, and wants of women at a time when the role of women in hip hop were start­ing to come into their own and defin­ing them­selves on their own terms. They went against the grain in every way from their pro­duc­tion style to their fash­ion choices which at that time included wear­ing con­doms on their baggy clothes in pro­mo­tion of safe sex at the height of the AIDS epi­dem­ic.

Lisa was very much the cre­at­ive force behind the oper­a­tion and it was then that she got the nick­name “Left Eye” after Michael Biv­ins of New Edi­tion would com­ple­ment her left eye, which was a slightly more slanted then her right eye. She played on that so well that she would access­or­ize such as wear­ing a pair of glass with a con­dom cov­er­ing her left eye and don­ning eye black under said eye.

In 1994, TLC had broken away from Pebbles after bit­ter con­tract dis­pute and were on the cusp of chan­ging pop music with full con­trol. At the same time, Lisa had been in a tumul­tu­ous rela­tion­ship with NFL play­er Andre Ris­on of the Atlanta Fal­cons and all came to ahead on the night of June 9, when after a wild night Lisa and Andre fought and in a fit of rage, she threw boxes of Andre’s shoes in their fiber glass bathtub and lit them on fire caus­ing the house to burn to the ground.

The incid­ent was a cause celeb and Lisa was made into a cari­ca­ture. She was sen­tenced to rehab to treat alco­hol­ism and issued a $10,000 fine for the fire. It was dur­ing her stent in rehab that she reached back into her inner self and gathered new found inspir­a­tion that undoubtedly gave TLC’s sopho­more album, the incom­par­able Crazy­Sexy­Cool, the magic it needed to become one of the most con­sequen­tial pro­jects in music his­tory selling over 11 mil­lion cop­ies.

Most not­ably, Lisa’s rhyme in the time­less anthem “Water­falls” was con­ceived dur­ing a ride to the stu­dio in which she saw a rain­bow in the sky that com­pelled her to reflect on her own life.

But too many storms have come and gone

Is it because my life is ten shades of gray

I pray all ten fade away

Sel­dom praise Him for the sunny days

Only my faith can undo

The many chances I blew

To bring my life to anew

Have dried the tears from my eyes

Is for the folk who can­’t cope

Wit such an endur­in’ pain

That it keeps ’em in the pour­in’ rain

For toot­in’ caine in your own vein

You shoot and aim for someone else’s brain

You claim the insane

And name this day in time

For fal­l­in prey to crime

In hopes of com­in’ true

The rest is up to me and you

After a gruel­ing battle with their record label that forced them to declare bank­ruptcy, TLC went four years without any new music and it was dur­ing that hiatus that Lisa began to charter a new course in her life and to chase away the demons that haunted her since child­hood. She would make fre­quent trips to Hon­dur­as seek­ing spir­itu­al refuge at the Usha Vil­lage foun­ded by the con­tro­ver­sial herb­al guru Dr. Sebi and it was there that she found a renewed sense of self and pur­pose bey­ond music.

When it came time to record TLC’s 1999 sem­in­al pro­ject Fan­Mail, Lisa began to dis­tance her­self from the group as she sought a solo career and such endeavors put her at odds with TBoz and Chilli. Even though they con­tin­ued to add addi­tion­al hard­ware in the form of Grammys, MTV Awards, Bill­board Awards, and selling over 9 mil­lion cop­ies, some began to ques­tion how much longer would TLC be around giv­en Lisa’s grow­ing aloof­ness.

But no mat­ter what any­one said, TLC was nev­er in any pos­i­tion to break up as the music and their shared pas­sion always brought them togeth­er through the good and bad times.

Then came April 25, 2002, TLC was in the midst of record­ing their fourth album 3D and Lisa took some time to recharge with her fam­ily and friends at her beloved Usha Vil­lage. While on the way to a creek for a photo shoot, Lisa’s Red Jeep that was car­ry­ing eight oth­er pas­sen­gers, rolled over into a dirt road, rolled end over end, and col­lided with a couple trees.

The tragedy hit the world hard but nobody was hit harder than her fam­ily, friends, TBoz, and Chilli. Life changed instantly for all parties involved and giv­en how close the three were, TBoz and Chilli made it a crit­ic­al issue to nev­er replace Lisa in any capa­city des­pite con­stant sug­ges­tions from media and fan. After 3D was released in late 2002, it became clear that TLC’s magic­al run was com­ing to an end and the heal­ing pro­cess began.

At the 2002 MTV Video Music Awards, TBoz and Chilli took to the stage to hon­or their sis­ter.

In the years since, TBoz and Chilli would con­tin­ue to hon­or their fallen group mem­ber in mov­ing ways such as incor­por­at­ing her voice and image into their present day live shows and their fifth and final album TLC released in 2017 included some of Lisa’s raps that she was work­ing on at the time of her death and demon­strat­ing that in both life and death a bond can nev­er be broken.

When it comes to her over­all leg­acy, Lisa demon­strated the power of women in hip hop in a world still riddled with sex­ism but in the con­text of south­ern hip hop which is largely asso­ci­ated with male acts such as Out­Kast, Good­ie Mob, Mas­ter P, Ludac­ris, Young Jeezy, and UGK, Lisa is often over­shad­owed even though she could go toe to toe with the best of them, male or female.

“Although she is not tech­nic­ally from the south, her con­tri­bu­tion through TLC was a tre­mend­ous one.”

Style, sub­stance, and sus­tain­ab­il­ity per­fectly encap­su­lates the impact of Lisa Left Eye Lopes and 20 years from now she will still be fresh in our minds as if she had nev­er ceased.

As TLC would often say it was MTB, Meant to Be.