Jalal Nur­id­din was also a found­ing mem­ber of The Last Poets, a group of poets and musi­cians that evolved organ­ic­ally out of Har­lem in the 1960s.

With such a firm place in the found­a­tions of hip hop, the music I love, it was a huge hon­our to get the oppor­tun­ity to inter­view the man him­self.

Q. We know you’ve got the Hustler’s Con­ven­tion 40th Anniversary gig com­ing up on 10th Feb­ru­ary, at the Jazz Café in Lon­don, can you start by telling us a bit more about what that gig is for and what exactly it means?

Well basic­ally, I’m doing a doc­u­ment­ary about the his­tory of the Hust­lers Con­ven­tion itself. Hust­lers Con­ven­tion is the grand­fath­er of rap records…and I’m the grand­fath­er of rap cour­tesy of the inter­na­tion­al Her­ald Trib­ute that gave me that title. I made the record not to pro­mote hust­ling but to identi­fy the two dif­fer­ent types of hust­lers, and also to point out that most of the neg­at­ive aspects of hust­ling will lead to a bad demise. So that’s why I wrote the record, as far as the gig is con­cerned it’s really part of the doc­u­ment­ary that I’m mak­ing, so I’ll be per­form­ing it for that purpose…and it’ll be a one off.

Q. You men­tioned the doc­u­ment­ary that your cur­rently mak­ing (with dir­ect­or Mike Todd). It sounds like it’ll give a lot of people part of a story they’ve nev­er heard before, that they didn’t know about?

Q. Your sup­port acts for the gig at Jazz Café include Malik & the OGs. You’re often cited as a ment­or to him, like he’s been a stu­dent of yours, what’s the story behind this?

Yeah, he’ll be open­ing the show for me. He’s my spir­itu­al stu­dent, he was actu­ally Gil Scott’s stu­dent, and Gil Scott was my stu­dent, so he (Malik) was my student’s stu­dent. The dif­fer­ence is, he got more under his belt, because Gil only took one les­son and made a career out of it. He needed at least ten, so he missed out on nine, there’s more to being a poet then just writ­ing and recit­ing, you know, you really have to spend a life­time align­ing your spir­itu­al self, with your phys­ic­al self with your men­tal self, you can’t neg­lect one for the oth­er.

Q. Is that some­thing you try to put across in your work?

This is what it takes to get through life, gain­ing know­ledge and con­vert­ing know­ledge into wis­dom, but I spent my life mak­ing sense out of nonsense,that’s basic­ally what Hustler’s Con­ven­tion was about. I wrote the last verse to illus­trate what we today call the one per­cent class, you know the people have to hustle and scuffle. You see hustle means to move fast, but it also means to con some­body, and I was try­ing to get people not to go there, cos it’s all glitz and glam­our until you get there. It’s almost like Disney’s ver­sion of Pin­no­chio where they take him to some kind of Dis­ney­land but they really turn­ing them all into asses, you know cos it’s all a lie, but the worst part was he believed the lie.

Q. Back when you were mak­ing the Hustler’s Con­ven­tion LP, did you intend for it to have the massive cul­tur­al impact that it did, or was that some­thing that took you by sur­prise?

No, not at all. You see, I was born a poet, I’m not a made poet, so I was ful­filling my des­tiny. Secondly, I was select­ing my sub­ject mat­ter so that when I wrote about some­thing I knew what I was talk­ing about, either from my own exper­i­ence, or speak­ing to people about their exper­i­ences, or read­ing about people’s exper­i­ence.

Q. So why did you first set out to make the record?

Hutler’s Con­ven­tion was hustled, the record itself was hustled, I wrote it to prove a point. The point was we’re hust­ling and scuff­ling and WE’RE being hustled, I wanted people to know that all that glit­ters is not gold. The Hustler’s Con­ven­tion is the leg­acy of slavery. There’s an unwrit­ten code of eth­ics with­in hust­ling, if you work harder than every­one else, you hustle harder, then you should do well, but if you con some­body out of what they’ve been hust­ling for, then that’s a crime, a crime against the per­son and a crime against soci­ety.

Q. Was there a mes­sage behind the Hustler’s Con­ven­tion LP?

Hustler’s Con­ven­tion is about two char­ac­ters, who are sav­ing them­selves by any means neces­sary, it wasn’t like they were edu­cated at Har­vard, you know they was already facing dis­crim­in­a­tion by com­ing from the ghetto. They had to use their wits, without actu­ally break­ing the law because then they would go to jail, and the young­er one did go to jail. You can hustle right­eously and hon­estly, you just gotta prac­tice.

Q. What happened after the record was released?

They took this record off the mar­ket, for forty years, the record was hustled and sold on the peri­phery for the next forty years. The gig is sup­posed to be a cel­eb­ra­tion of the anniversary of the clas­sic album, that is actu­ally an audio movie, actu­ally it’s a courtroom drama without the court. The people who’ve been hust­ling the record will be there, cos they don’t want their cool blown. They viol­ated a rule, the main rule of hust­ling, don’t blow your cool. When you pull a con you gotta make sure you don’t get caught, that nobody knows how you did it, how it was done, once that’s figured out your hustle is no longer a hustle. So now it’s really get­ting inter­est­ing cos those hust­lers will be there try­ing to but­ter me up with the way for­ward, when they don’t wanna deal with the way back­wards. They cost me a solo career, people missed the point of the record.

Q. Is there any more to the story of Hust­lers Con­ven­tion?

I’ve writ­ten a sequel, The Hust­lers Deten­tion. That sequel is two hours and five minutes long, the recit­al, that’s without music. It goes into depth now, you find out what he learns in pris­on, it’s heavy man, it’s heavy. 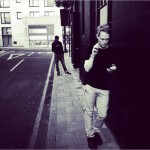 Inter­view With Malik And The OG’s!