We are very excited to intro­duce to you the Seattle-based rap­per, Grieves, who emerged in 2007 and now has made four well known, loved and listened to albums. His fourth stu­dio album, Winter and the Wolves, will be released on March 25th and fea­tures a strong instru­ment­al med­ley which forms a lovely back­drop to his singing and rap­ping.

Grieves is such a unique artist because of his eclect­ic style of music. His artic­u­late and thought pro­vok­ing lyr­i­cism is enlivened with his dynam­ic music and per­form­ance style. He can sim­ul­tan­eously make people want to sit down and absorb all the words and get a whole crowd mov­ing to the beat. Grieve’s music is the per­fect soundtrack for a heart­break or a night of jam­ming alike. He has inspired us with his music and I hope he will inspire you as well.

Q. Can you tell us about your stage name ‘Grieves’, how did it come about?

There really isn’t a mean­ing behind it. I was young and sign­ing up for battles. I went to put my name down and the lady was like “you can­’t just use your real name”.. Still to this day I’m not sure I agree with that idea, but I was young and wanted to rap. I walked around the blocks a couple times and came back with the name that you now all know. 98-D’Grieves!

Q. How did you get into mak­ing hip hop music?

I was all about the multi track­ing aspect of it all. I was a one man band and I loved it!
I star­ted rap­ping when I heard 36 cham­bers and at some point I real­ized that I needed to shit or get off the pot with all that.
I ended up focus­ing on writ­ing instead of just drunk free styl­ing at parties.

The pro­duc­tion side of things came later for me. I took the time to focus on the writ­ing then I star­ted hon­ing in on my pro­duc­tion style.

Q. How would you describe your music, in par­tic­u­lar your latest album ‘Winter & The Wolves’?

I’ve nev­er been the type of per­son to run away from a feel­ing. I really let that shine through in my music. If I’m feel­ing some­thing I put it all out on the paper or the key­board.

This new­est record is no dif­fer­ent in that aspect but I did approach it dif­fer­ently. My life was a hec­tic mess when I sat down to make this record and I wanted to show that without hav­ing the music sound “hec­tic”.

Q. What advice would you give to people want­ing to devel­op their lyr­i­cism and per­formance?

Truth is everything. Wheth­er you’re in the stu­dio, on the stage, rap­ping at a bus stop, or makin You­Tube videos.. Truth is king.

Too many people try to emu­late what they see being “cool” and for­get to focus on what works for them. Of course people are gonna be influ­enced by oth­ers, but I wanna see what you have to offer as an artist and as a human. I could care less about how much you can make your­self sound like you grew up in the Bronx and drop lines that don’t match up with the life you live.

Q. Do you have a writ­ing pro­cess?

I let the music influ­ence everything. Some­times I have a concept ready. But most of the time I let whatever­’s gonna come out, come out

Q. Who have you col­lab­or­ated with, and how was it to do a col­lab with Mr Lif?

Work­ing with Lif was extremely influ­en­tial for me. I was at an early point in my career and showed me that my music has no lim­its. He inspired me to get more out of everything. I love that man.

I mean, I guess all rap­ping is poetry but I would­n’t con­sider myself a poet. I am a lyr­i­cist but I would wanna piss any poets off my rep­ping their craft. I’m a dude with a head full of words and a heart full of sound. 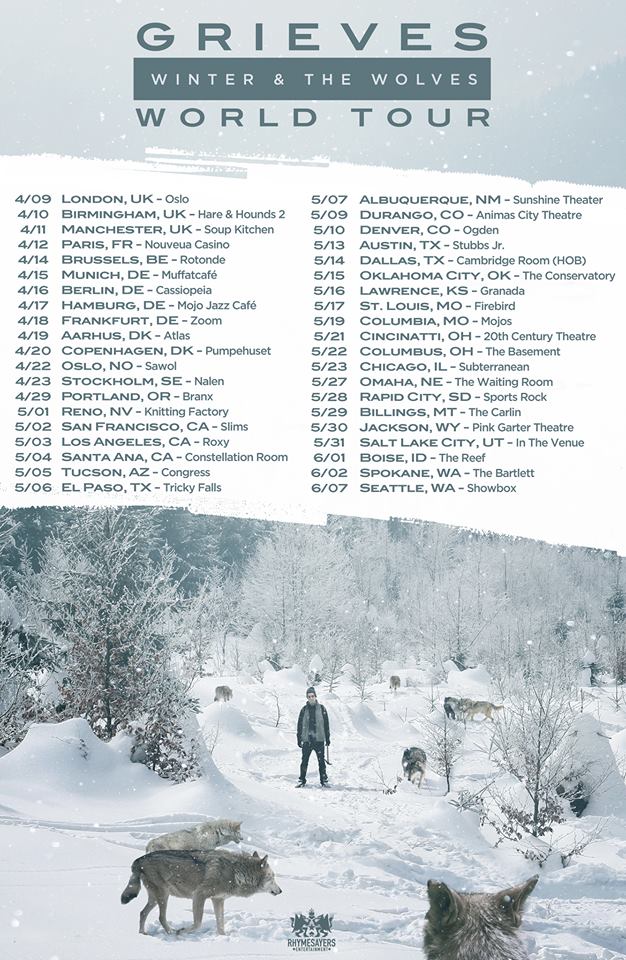 Q. Do you know about UK hip hop cul­ture and how would you describe the scene where you live?

I don’t know much about UK hip hop. But I’m always open to it.

The scene where I live is great. Seattle has a very healthy art and music scene. It’s nice to be sur­roun­ded by so many tal­en­ted people all work­ing togeth­er.

Q. What is import­ant do you think when edu­cat­ing young people with hip hop and the arts? (in work­shops etc.)

I’ve actu­ally nev­er done a work­shop with music. I would encour­age kids (or any­one one at that mat­ter) to be them­selves and to nev­er run away from their ideas. It does­n’t have to be “Hip Hop” to be good and ori­gin­al. Our style of music is such a mash up of oth­ers it would be a shame to waste a good idea for the sake of being “nor­mal”.

Q. Can you tell us a bit about grow­ing up where you did in Amer­ica? Did you notice a hip hop cul­ture and com­munity there, from a young age?

Where I grew up, there was­n’t really much of a Hip Hop culture/scene. I had to leave to find that.

Some­thing about being in a new place with noth­ing but a dream really helped me find what I needed. I quickly found my way into Seattle’s scene and dug in with both hands. I don’t think I could have done that if I nev­er left home.

Q. What are you upto now and in the future? What can we look for­ward to?

I’m gear­ing up to show the world my new record. It’s gonna be a busy year for me but I’m excited for the work. Whenev­er that clears up, I’ll be back in the stu­dio work­ing.

Q. What are you listen­ing to nowadays? What tracks do we need to check out?

Lately I’ve been listen­ing to a lot of May­er Hawthorne, Mak­tub and D’an­gelo. Been in a sexy mood. It’s been help­ing me a lot with my melody writ­ing as well. 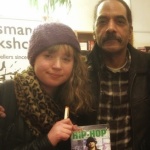 Author / Poetry Edit­or at I Am Hip-Hop
Lana Bell, is an eight­een year old Lon­don­er who is based in Bris­tol. She is an emer­ging Spoken Word Artist, and the Poetry Edit­or for I Am Hip-Hop Magazine. She has been writ­ing for a dec­ade; though she has only been per­form­ing on from the age of fif­teen. She got into Hip-Hop music at four­teen, and she found a massive interest in Old Skl Sounds and the out­let that Hip-Hop music offered her.

Lana Bell, is an eighteen year old Londoner who is based in Bristol. She is an emerging Spoken Word Artist, and the Poetry Editor for I Am Hip-Hop Magazine. She has been writing for a decade; though she has only been performing on from the age of fifteen. She got into Hip-Hop music at fourteen, and she found a massive interest in Old Skl Sounds and the outlet that Hip-Hop music offered her.