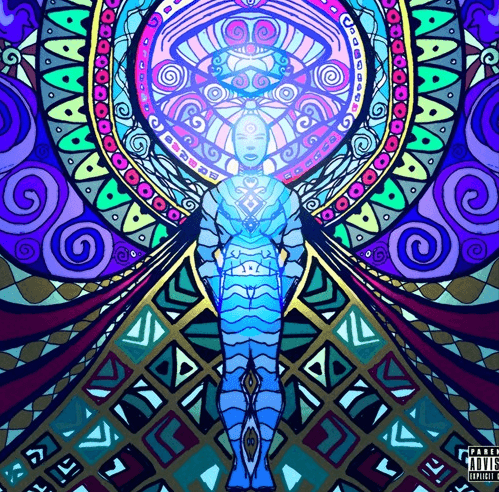 “We have to go through the storm to appre­ci­ate a sunny day” (Ben Effi­cial, Love and Hate)

Ben Effi­cial (Ben Hains) is a 22 year old hip hop artist. He is so prodi­gious and tal­en­ted that he was work­ing with stu­dio pro­du­cers at the tender age of 13. A bas­tion of con­scious hip hop, he seeks to cham­pi­on the artistry that has been smothered by main­stream, ste­reo­typ­ic­al rap. This is part of what under­lies the poet­ic, thought­ful and spir­itu­al lyr­i­cism in his EP, ‘Ima­gin­a­tion’. In this review and fea­ture art­icle we are blessed that Ben Effi­cial gave me his time in an inter­view enabling a bet­ter under­stand­ing of Ben, the young man behind the music.

The term ‘Ima­gin­a­tion’ is defined as, “The fac­ulty of form­ing new ideas, or images… Not present to the senses, the abil­ity of the mind to be cre­at­ive or resource­ful”, to propag­ate new ideas. Using Ima­gin­a­tion to break down the expec­ted form that hip hop ‘should’ take, the guns, the viol­ence, the drugs. To go bey­ond ste­reo­types is import­ant to Ben. More so than per­haps oth­er people, because his fath­er died when Ben was just 12, and at the time grime was what Ben was listen­ing to. His Dad was a writer and took the view that grime and rap were rub­bish, music­ally and lyr­ic­ally. Ben adds, emo­tion­ally, that he wishes his Dad was here to see that hip hop is an art form. “It would be great if I could show him the real music”. The sad­ness that his fath­er nev­er got to see his son’s won­der­ful lyr­ics left me with a heavy heart.

The EP con­tains 7 tracks. The first, “I can see they’re Hurt­ing”, demon­strates an acute sens­it­iv­ity and intu­ition to the pain of oth­ers, the abil­ity to see wrongs with this world, and anger at the sys­tem that fails many, espe­cially the edu­ca­tion sys­tem. “If only they can see what I see, because I can see they’re hurt­ing”. To see and feel oth­ers pain is a gift, and also a bur­den. It makes for a lonely world to see alone, and also it reflects Ben’s own pain, and the weight of car­ry­ing that for oth­ers. That must leave a gap­ing hole, and a deep vul­ner­ab­il­ity to hurt.

Tran­scend is one of the best known tracks on the EP. But like most of them, ‘Tran­scend’ is time­less, in lyr­ics, back­ing, and pro­duc­tion. It nev­er dates. Old or new, it con­tin­ues to be rel­ev­ant. ‘Tran­scend’ itself means to be or to go bey­ond the range of lim­its of a con­cep­tu­al sphere, to sur­pass trends. Ben goes bey­ond his years, he is age­less, time­less, wise, and uses spir­itu­al­ity to over­come battles in his mind, and the hard jour­ney he has been through. Spir­itu­al­ity is one of the biggest con­trib­ut­ors to his work. He is a Hare Krishna and states that this part of him pushes him and gives him the innov­a­tion to write and fur­ther him­self. This for me is remin­is­cent of a quote by Kendrik Lamar: “My whole thing is to inspire, to bet­ter people, to bet­ter myself forever in this thing we call hip hop”.

A stand out track is ‘Love and Hate’. It high­lights the pas­sion of Ben Effi­cial, and how that’s chan­nelled through his work. The dic­tion­ary defin­i­tion of ‘love’ is “An intense feel­ing of deep affec­tion”, while ‘Hate’ is defined as an intense hos­til­ity and aver­sion, usu­ally deriv­ing from fear, anger, or a sense of injury”. That is a lot of intens­ity, both with­in the song, and the amount of feel­ing he gives to his craft, and that it gives back to him. Shaped by life events, he puts them out in his art, bravely so, to open up so hon­estly and with raw­ness.

He con­tends that “in our real­ity, there’s the biggest dual­ity of love and hate”, imply­ing that we can’t exper­i­ence or appre­ci­ate the good without hav­ing the bad and the lows to com­pare it to. The things he loves are the most simple things in life, often being the case when you have been through bad times and trauma. He starts with the things he loves in ‘Love and Hate’. He loves spend­ing time with his Mum in the kit­chen, the smell of flowers after the rain, loves sit­ting back in peace on a bench in Hamp­stead Heath. The track ‘Rise with Me’ also cor­rel­ates with that: “If you’re look­ing for peace then Rise with Me”. Spir­itu­al­ity comes up again, this time demon­strat­ing its heal­ing qual­it­ies. He loves “being in a med­it­at­ive state, I love that I now live without a med­ic­ated brain”.

This nod to men­tal health struggles in ‘Love and Hate’, shows the adversity he has been through, “I hate that I had to hear scary voices at night”. I am not ashamed to say that I met Ben in a psy­chi­at­ric ward when he was just 18. He was very unwell but his tal­ent still shone through. And it was clear that he was a beau­ti­ful soul, troubled by the world we live in. This exper­i­ence in hos­pit­al, he tells me now, means he feels how oth­ers feel, because he has been there, and he under­stands in a way that he couldn’t before. Like ‘Love and Hate’, this is also the under­ly­ing premise in ‘I can see they’re Hurt­ing’. Now, he says to me, that what he went through with regards to his men­tal health mean he feels things so much more deeply than he did before. On good days, his joy is heightened. On bad days, his des­pair feels vaster than it did before. That is akin to the dual­ity of dark and light, up and down, and of course love and hate. It seems that fol­low­ing Hare Krishna, for Ben, makes spir­itu­al­ity part of his med­ic­a­tion, espe­cially because this, and his life exper­i­ences make for a deep­er sense of being.

The real anger comes out in this song around his bereave­ment: “I hate the fact that I had to lose my Dad at such an early age. I hate the fact they could have saved his life with the medi­cines, but the phar­ma­ceut­ic­al com­pan­ies were sup­press­ing them”. This was one of the first times that I had heard such pain around his father’s death.

In this way he demon­strates that feel­ings are com­plex. Hatred comes from anger, in this case at the sys­tem. But anger is also a mask most often from pain and deep hurt. This is sad­ness, expressed in anoth­er way, because some­times pure sad­ness is too much to take. Ben rarely talks about his fath­er in real life. I have only heard it in is music. In fact his very first song, aged 12, was a grime song about his Dad’s death. It was in fact his father’s passing that actu­ally took him from grime to hip hop, chan­ging the dir­ec­tion of his cre­ativ­ity, and as a psy­cho­lo­gic­al out­let where grime, Ben felt, had lim­it­a­tions emo­tion­ally. This is a good example of how music can be used for ther­apy, espe­cially, if speak­ing is too hard. Like the neur­o­lo­gist, Oliv­er Sacks, con­tends, we have a great­er capa­city in our brains for music rather than just words alone.

Partly this is one reas­on why Ben Effi­cial feels so pas­sion­ately that this sys­tem ignores the art and won­der­ful tal­ent that Ben is “proud to stand beside” in con­scious hip hop. This sys­tem, he feels, pushes away this side of the genre in favour of the “gang­ster rap”. Akala con­curs in ‘Find No Enemy’: “Everything they do is ste­reo­typ­ic­al”. He labels this as“self abuse”, tak­ing on the image that pulls rap­pers down and allows them to become the system’s playthings. Like Akala, Ben knows that it doesn’t have to be this way. The great writer, Maya Angelou, pro­foundly states that, “I think a num­ber of lead­ers are… in the hip hop gen­er­a­tion. And when they do under­stand enough, they’ll do won­ders. I count on them”. Inspir­ing words that Ben agrees with: “I have felt this way since I was very young… It’s an art form”.

The Ima­gin­a­tion EP is a work of such pure qual­ity. ‘Cycle of Sym­metry’ and ‘Infin­ity con­scious­ness’, along with the title track, ‘Ima­gin­a­tion’ show the great pro­duc­tion and pro­fes­sion­al­ism. The first two tracks men­tioned are both col­lab­or­a­tions. ‘Cycle of Sym­metry’ with Tekneek and Demise. ‘Infin­ity Con­scious­ness’, with Demise. Both have a great sense of intens­ity and allow the artists to bounce lyr­ics off each oth­er. Like ‘Infin­ity’ states they feel “The spark of the heart with­in”. ‘Ima­gin­a­tion, the title track of the EP, starts with a dif­fer­ent vibe, with a blues, jazz gui­tar back­ing. Ben Effi­cial, will, he con­tends, “Take you to a magic place of Ima­gin­a­tion”.

Ben Effi­cial, is a shock­ingly tal­en­ted word­smith. From a very young age he has fought for his art. It is has been his exper­i­ences that have shaped him. Los­ing his fath­er so young, and con­tend­ing with men­tal health prob­lems have made him the per­son he is today. Pain is an oppor­tun­ity for devel­op­ment: “We have to go through the storm to appre­ci­ate a sunny day”, repeated in the chor­us of Love and Hate. Joy, equally gives growth. He plans an album, hav­ing already pro­duced a num­ber of new tracks. This is some­thing to look for­ward to. Pain, joy, and spir­itu­al­ity, he stresses have made him appre­ci­ate life so much more. This reminds me of the beau­ti­ful quote by the great philo­soph­er, Albert Camus:

“In the midst of winter, I found there was, with­in me, an invin­cible sum­mer”