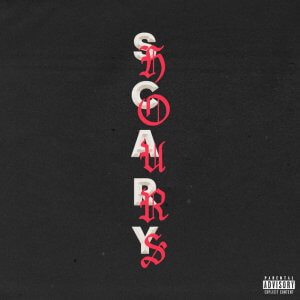 On Fri­day, Janu­ary 19th, Cana­dian born and America’s beloved Drake released two new songs from his EP, Scary Hours.  It nearly broke the inter­net.  It’s been almost a year since a full Drake pro­ject was released.  For those fans who take to Drake releases as Tyr­one Big­gums from the Chap­pelle Show takes to his favor­ite white sub­stance; it’s been a long time com­ing.

The two songs in title are, God’s Plan and Dip­lo­mat­ic Immunity.  The Hip Hop com­munity wasn’t too thrilled though.  There were some people who looked at this as the return of a cham­pi­on.  Other’s viewed it as a sub par rap­per main­tain­ing his rel­ev­ance by drop­ping two unex­pec­ted tracks.

The true win­ners here are Drake fans. There is no deny­ing that.  No one loves Drake as much as his fans.  They are some of the most die hard people one will ever meet.  And that fan base is grow­ing.  Drake has reached world wide pop­ular­ity. With no signs of slow­ing down.  His fame and tal­ent have allowed him to be the epi­cen­ter of some of Hollywood’s biggest tabloids.  One of the high­light from the two songs, comes from Dip­lo­mat­ic Immunity, where he men­tions a failed rela­tion­ship with J Lo. And throws some slight shade towards A Rod.  Still, with the pet­ti­ness giv­en, the hip hop com­munity wasn’t jump­ing for joy over the releases.

Why isn’t the hip hop com­munity not overly excited about this album?  It’s fair to say some do not see Aubrey Gra­ham as a real hip hop artist, and some will nev­er see him that way.  The reas­on could come from his former days of Degrassi (Jimmy), or it could stem from the fact when you listen to a Drake record you feel more as though you’re listen­ing to an R. Kelly single.  Whatever the reas­on, Drake has climbed his way up the hip hop charts.  He’s solid­i­fied him­self as a top heavy hit­ter.

I took some time dur­ing my Sat­urday night to review the songs.  As expec­ted, they’re typ­ic­al Drake.  Smooth sound, with little jabs here and there.  I enjoyed the songs, as a cas­u­al listen­er.  I wasn’t com­par­ing these songs to Big­gie Smalls hits or songs from Tupac.  You have to take Drake for what he is; an enter­tain­er.  And I was enter­tained.

We’re still await­ing the release of the full EP, Scary Hours. I’ll have more of a review then.  But until then fans and ant­ag­on­ist can listen to Dip­lo­mat­ic Immunity and God’s Plan on most if not all digit­al stream­ing ser­vices.