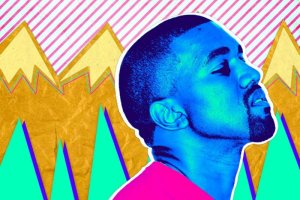 So, I checked out Kanye’s new album simply title, “Ye”. I spent the bet­ter part of a busin­ees trip to North Car­o­lina cri­tiquing this album. And, to my sur­prise I enjoyed the pro­duc­tion and song selec­tion. Kanye has made a repu­ta­tion of being the sample king, when it comes to pro­duc­tion. And this piece of work was no excep­tion. We hear sounds from all over the spec­trum, and he man­ages to pack­age them all in a very con­cise and spe­cif­ic way.

“Wouldn’t leave” is the fourth song on the track, it has a church vibe to it pulling from the themes of a Chance The Rap­per song. In the track, Kanye speaks about bad decisions that he has made, times when he thought Kim was going to leave him…. It paints the pic­ture of Ye, being human. One of the factors I appre­ci­ate about this song and the album in whole, is the fact Kanye allows him­self to be vul­ner­able. He allows the listen­er to see him, in a state where typ­ic­ally we have not been allowed to see him before.

“I thought about killing you”, is Kanye hav­ing a con­ver­sa­tion with him­self.. He speaks on the top­ics of being bipolar and sui­cid­al in the same breath.. This is the open­ing song for the album, it catches you by sur­prise. I think that was the inten­tion of mak­ing this the first track. You hear it at first, and imme­di­ately you’re think­ing, “What’s this ninja about to say next”..

One of my favor­ite songs is the last track.. “Viol­ent Crimes”. Kanye talks about being a dad, one of the lines he says somethig like this…”I hope you have a body like mine, and not your moms”; speak­ing to his daugh­ter. I thought this was geni­us.. Again, it human­ized Kanye, in a way we haven’t seen since “Col­lege Dro­pout”, or “Late Regis­tra­tion”. To me, this was the old Kanye. And like many fans of Mr. West, we miss the old kanye.

Now, the hot top­ic is Kanye’s polit­ic­al views.. And how they shaped in this album. He man­ages to skirt those top­ics. He touches on it briefly though. Kanye ded­ic­ated this album to the music, pure art.. And, as a fan of hip hop and rap, I appre­ci­ated that.

For the most part, it’s a good album. If you can get past the Stormy Daniels lines, and his con­stant objec­ti­fic­a­tion of women. Music­ally, Kanye put out a dse­cent piece of work.. Con­sid­er­ing this is the second part of a tri­fecta he’s been work­ing on. First with prod­cing Pusha T’s album, and lastly col­labing with Kid Cudi. He’s churn­ing out a lot of cre­ativ­ity. Hope­fully this isn’t that last of this iter­a­tion of Mr. West.. I give “Ye”, a sol­id thumbs up…