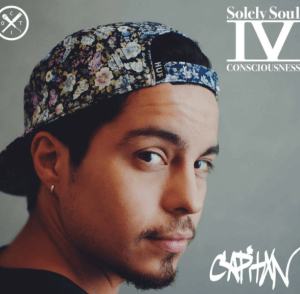 Hip hop has become the uni­ver­sal lan­guage for this and former gen­er­a­tions.  Since the early days of hip hop’s birth, the music has become a way of life.  From the bor­oughs of the Bronx, to the bor­oughs of East Lon­don.  Hip hop has tran­scen­ded music, to an every­day life­style.  Cloth­ing, film, and tele­vi­sion have all been impacted by hip hop in some capa­city.  I would ven­ture to sug­gest that the OG’s of hip hop nev­er would have envi­sioned that hip hop would make it this far.  Grand­mas­ter Flash, Whodini, and Kur­tis Blow; some of the early pion­eers of the genre were express­ing their love of the cul­ture through hip hop music.  They were express­ing them­selves in a very unique way; and dec­ades later, it has become a major phe­nomen­on.

Old school hip hop has influ­enced many new age artist. One in par­tic­u­lar is Cap­it­an C.O.T.I.  If you ask him some of his favor­ite artist, he’ll name some people you may recog­nize.  Rakim, Tupac and Eminem just to name a few.  They have helped shape Cap­it­an as an artist.  As I listened to some of his music, it soun­ded dif­fer­ent from the cur­rent state of hip hop today. As a true hip hop head; I heard tones of real, genu­ine hip hop.  This is not an attempt to throw shade on any of the new artist out there in the game, but I feel many of them have left the real roots of what it mean to be apart of the hip hop com­munity.  Cap­it­an, has found his rhythm (no pun inten­ded) in stay­ing true to him­self and pulling on the essence of hip hop roots.

Capitan’s music has a spir­itu­al con­nota­tion to it along with a heavy base of real­ism.  His song, “Pure Feel­ing”; sounds like a con­ver­sa­tion between Mos Def and Jedi Mind Tricks.  The song, spir­itu­al in nature is very true to real life.  You can tell alot of his influ­ences.  Cap­it­an recalls meet­ing one of his main inspir­a­tions; Guru, from famed hip hop duo Gang­starr.  Speak­ing on the encounter, Cap­it­an said he ran­domly met Guru dur­ing a per­form­ance.  Guru passed Cap­it­an the mic and invited him on stage.  After­wards, Guru spoke to him.  That one encounter went on to make an imprint in Capitan’s life.

Cap­it­an is also an act­or; and attrib­utes hip hop for teach­ing him how to express his feel­ings and thoughts on a poet­ic level. One of the main ele­ments I appre­ci­ate about Cap­it­an is his devo­tion to keep­ing leg­acy.  “I believe as a hip hop artist and fan, I have to keep the torch lit of the craft and music I believe in and that truly inspires me”.

I asked him about his lyr­ics; “Hip hop is tak­ing many forms and espe­cially trap that does­n’t really reach me on the same spir­itu­al level… So I write verses and rhymes that mean some­thing to me, and beats that bop in my head”.

As a true hip hop lov­er, I respec­ted the respect to the game that Cap­it­an upheld. If the next dec­ade or so will be in the hands of people like Cap­it­an C.O.T.I., we’ll be in good hands.

If you want to learn more about Cap­it­an, or to hear his music you can find him on iTunes, Spo­ti­fy and You­tube.