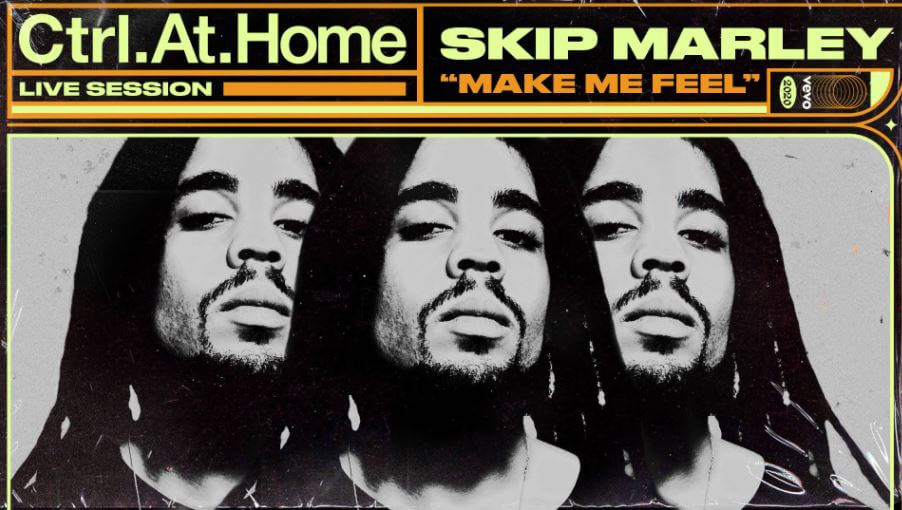 The mater­nal grand­son of Bob Mar­ley, Skip Mar­ley is part of the legendary reg­gae fam­ily that also includes his moth­er Cedella and uncles Ziggy, Steph­en, and Dami­an Mar­ley, yet his own sound adds touches of con­tem­por­ary pop, rap, and rock forms. He first rose to prom­in­ence after fea­tur­ing on Katy Perry­’s 2017 hit, “Chained to the Rhythm,” which he fol­lowed over the next few years with sev­er­al singles of his own.

Born in King­ston, Jamaica and raised in Miami, Flor­ida, Skip is a self-taught musi­cian and first per­formed at the age of 15, when uncle Steph­en promp­ted him to sing the chor­us of “One Love” on-stage. In 2016, Skip deb­uted on the fam­ily’s Island-dis­trib­uted Tuff Gong label with the bal­lad “Cry to Me.” His break­out year was 2017. After he signed with Island Records prop­er, he deb­uted on the label that Feb­ru­ary with the dra­mat­ic, pop-ori­ented anthem “Lions.” A week later, Katy Perry released “Chained to the Rhythm,” a col­lab­or­a­tion with Skip, and the two per­formed it at the 59th Annu­al Grammy Awards. The single quickly became a Top Ten pop hit in sev­er­al coun­tries. Rather than rush into mak­ing an album, Skip chose the singles route and spent the next three years devel­op­ing his sound with dynam­ic tracks like “Calm Down” and “Refugee,” as well as 2019 col­lab­or­a­tions with his uncle Dami­en (“That’s Not True”) and H.E.R. (“Slow Down”). After a 2020 single, “No Love,” he enlis­ted Rick Ross and Ari Len­nox for the track “Make Me Feel.”

“Make Me Feel” is now stream­ing on all plat­forms. Keep up with exclus­ive con­tent from artists all over the world on YouTube.com/Vevo.