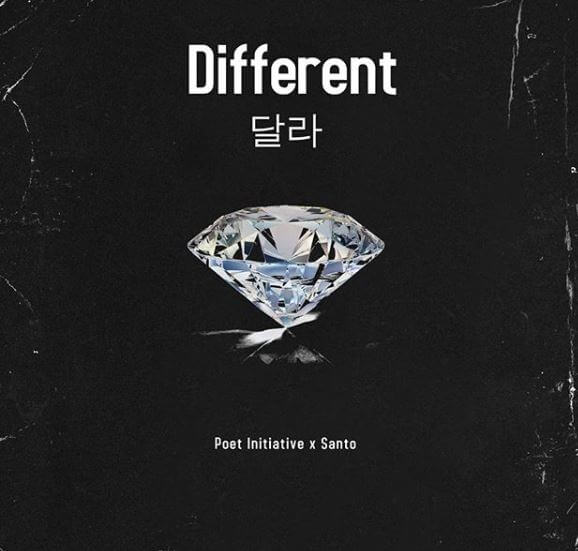 Poet Ini­ti­at­ive takes big inspir­a­tion from the Korean scene, wheth­er it is listen­ing to dif­fer­ent artists from the scene to using Korean in his own music, his aim is to one day work in that scene. ‘Dif­fer­ent’ is anoth­er addi­tion to that ambi­tion, as he teams up with UK-based Korean artist Santo to cre­ate the second release he has where he uses Korean.

His interest in the Korean music scene star­ted whilst liv­ing in Phil­adelphia, where he was intro­duced to the scene from a lot of his friends. Since then, he developed his tastes while vis­it­ing Seoul, and com­bines his Korean influ­ences with his UK back­ground.

‘DIF­FER­ENT’ com­bines these styles togeth­er. Self-pro­duced under the monik­er ‘It’s Poet’, the track con­tains a chor­us that is both Eng­lish and Korean, which is also reflect­ive of his verse. Santo has his whole part in Korean when he comes in for the second verse.

Ask­ing him for his thoughts on the track, he states, “The track por­trays my thoughts about life, how I want to pur­sue music and don’t want to just settle for a stand­ard 9–5 job.”

The track can be streamed below: