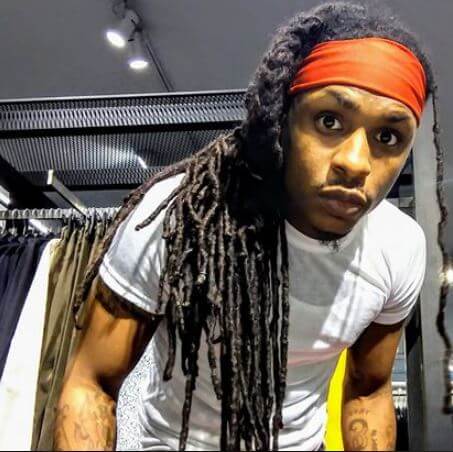 ‘One of Them Days’ is the debut single to come from Gwa-La, a young emer­ging rap­per. Writ­ten about pain and struggle, Gwa-La pours him­self into his first release. ‘One of Them Days’ is also the first release from new record label, ‘Don’t Lose it Records’ which was set up by his cous­in, Miquan John­son. Filled with raw emo­tion and pas­sion, ‘One of Them Days’ is a deep intro­duc­tion to the young rap­per.
Pre­vi­ously a mem­ber of ‘Gwap Boys’ in Colo­ni­al Beach, Gwa-La has launched his solo career with the sup­port of record label ‘Don’t Lose it Records’. Becom­ing increas­ingly con­fid­ent with his song­writ­ing tal­ents, he has sub­mit­ted music to Revolt TV and is pre­par­ing for the big launch of his solo career with his debut single.

AMAZON MUSIC LAUNCHES “+44” — SPOT­LIGHT­ING AND CEL­EB­RAT­ING THE BEST UK RAP, R&B, GRIME, DRILL AND AFROBEATS MUSIC AND THE ARTISTS BEHIND IT