Q. How old were you when you first star­ted mix­ing?

I guess I was prob­ably about 14. I star­ted by just mess­ing around with my par­ents hi-fi, so I don’t know if that counts as actu­al DJing!

Q. Which Producer/DJ has been the most influ­en­tial on your style or has provided the most inspir­a­tion.

I don’t think there’s been one par­tic­u­lar per­son, but I’ve been inspired by count­less DJs and pro­du­cers. I remem­ber grow­ing up on tapes by old hip-hop DJs like Ron G and Doo Wop and that being a big part of it.

Q. Through the years, where do you tend to source your breaks?

There’s no for­mula to it. I think my brain is con­stantly in a mode where it picks up on cool samples — so I could be listen­ing to the radio, watch­ing a movie, whatever — and I’ll have to make a note there and then.

Q. What’s your set up? Which gear do you use to make your sound?

Q. What’s your view on the cur­rent state of UK hip-hop?

There’s one or two things here and there, but the scene as a whole is bad. There’s bet­ter MCs work­ing with grime than hip-hop in the UK. There’s been some great new US hip-hop over the last few years.

Q. Apathy fea­tured on your 2006 album; ‘The Amaz­ing Adven­tures of DJ Yoda’. Whilst he has not achieved the com­mer­cial suc­cess of say Eminem, his status among the heads is pretty major. How highly do you rate him? Is he the best MC to have fea­tured on a Yoda beat?

Yeah that’s why I wanted him on the track, because I think he’s a sick MC! Is he the best MC on one of my tracks? I’ve had so many fea­tures from clas­sic MCs, that would be hard to pin­point. For me per­son­ally, get­ting Biz Markie on a track was a child­hood dream real­ized.

Q. Out­side of music, what else holds a major interest in your life? 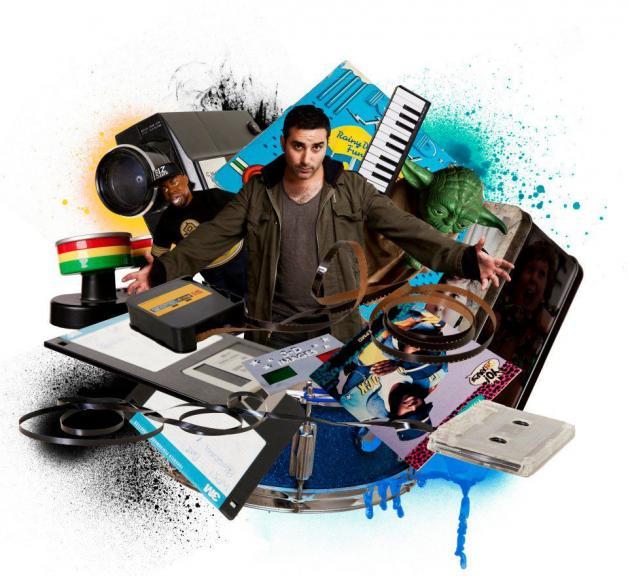 Edit­or / Research­er at No Bounds
Gata is a music and arts lov­er, stud­ied anthro­po­logy, art man­age­ment and media pro­duc­tion ded­ic­at­ing most of her time to cre­at­ive pro­jects pro­duced by No Bounds.

Gata is a music and arts lover, studied anthropology, art management and media production dedicating most of her time to creative projects produced by No Bounds.