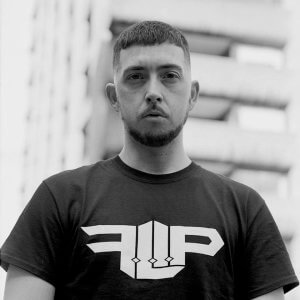 You’re no rook­ie to the industry. Hav­ing worked along­side some of the UK’s heavy­weights in the busi­ness; what can you say that you learnt from them? (their exper­i­ences and know­ledge?)

Yeah, I’ve worked with a lot of great people. I star­ted out with Skinny­man tak­ing me under his wing, so I def­in­itely learned the most from him in the begin­ning. He taught me a lot about how to kill a stage show, and he used to show me Sting tapes from Jamaica and say, “watch how these man per­form, for­get rap­pers”. He also told me that when I’m writ­ing always remem­ber, “We are the fuck­ing best”. Those are both things that I’ve always car­ried with me. Later I worked with artists like Dappy and Charlie Sloth, and I learned to let myself be free as a cre­at­ive, and let myself out of the ‘UK hip-hop’ box. Those guys and oth­ers have been a huge inspir­a­tion by com­ing from where I come from and achiev­ing so much, and also still stay­ing humble and sup­port­ing me. It lets me know I can do any­thing I put my mind to as well.

You wear quite a few hats, you’re a rap­per, a host, a journ­al­ist. Talk us through a typ­ic­al week for Novar?

Yeah, that’s some­thing I learned from people like Charlie Sloth as well. And someone else I worked and who’s a friend, Ed Skrein. He was a rap­per and become a Hol­ly­wood star more recently. He told me, “You nev­er know where your break is going to come from”. A typ­ic­al week for me has little time for rest in it [Laughs]. Day to day I’m run­ning a busi­ness called Under­world Kon­nect with King­pin. It’s a busi­ness he star­ted as a fly­er dis­tri­bu­tion ser­vice, and now we run it togeth­er. We also hold events and oper­ate as a record label that my album is com­ing out on. My week is guar­an­teed to include my radio show and pre­par­ing for it, which is always excit­ing. I kind of look at my journ­al­ism work as con­nec­ted to that. So, I might be inter­view­ing artists and writ­ing art­icles. I’ve had some great ones already in my short career as a journ­al­ist. J Hus, Lil Yachty, Lil Peep, Not3s and loads more.

How import­ant is it for you to pur­sue your skills in dif­fer­ent aven­ues and what com­plic­a­tions have you had to over­come by doing so?

It’s always been import­ant for me to do things that are going to devel­op the cul­ture. In the past I helped to keep Itch FM oper­at­ing because it was so import­ant to the scene at the time. With my media work I really want to get in a pos­i­tion where hip-hop and street cul­ture is rep­res­en­ted cor­rectly in main­stream media. We see news­pa­pers get­ting the slang wrong, and post­ing the wrong pic­tures of artists, and oth­er offens­ive mis­takes way too often. They need to have the right people writ­ing about us. So instead of hir­ing people who are not con­nec­ted, they need to hire people from the cul­ture. The biggest obstacle I’ve had in that field so far was inter­view­ing Lil Yachty. I was so excited about the inter­view and fas­cin­ated by him as a cul­tur­al fig­ure, but when the time came he was really dif­fi­cult to inter­view, and I wasn’t pre­pared for that. I think it’s harder for an Amer­ic­an to know wheth­er I’m on side or not. If I’m inter­view­ing CHIP, he can prob­ably tell I’m from the ends straight away, and will feel com­fort­able. But with Yachty, it’s not so easy for him to know, and the press come for him a lot. So he gave very short answers, but I think I made the piece work well with what I had, and it was a great learn­ing curve for me.

Are there any oth­er hid­den gems that we can look for­ward to see­ing from Novar in the future?

Aside from my own music I’ve been work­ing on a lot of song writ­ing. My latest album has a lot of singing and melod­ic vocals on it, and I real­ised I was really good at writ­ing R&B records dur­ing the pro­cess. I’ve writ­ten a few new bits and star­ted look­ing for new sing­ers to come and vocal them. I’m plan­ning to put a pro­ject togeth­er like this for anoth­er artist and release it though the label. Also, I’ve got a joint album with the legend MCD that I’ve been sit­ting on for a while. At some point I’m going to get that out too.

Your latest single was released on Fath­er’s Day for a very sig­ni­fic­ant reas­on. Talk to us about the pro­cess of cre­at­ing and releas­ing ‘See You Every­day’.

So this song was recor­ded in the mix of the whole album, Dam­aged. I recor­ded the bulk of the whole pro­ject in 4–5 weeks while I was going through a break up and a quite emo­tion­al time. This spe­cif­ic song was writ­ten as a rap song to a dif­fer­ent beat, and I was going to get a sing­er on the chor­us. Then Danny Bones sent me the beat it ended up on and I just star­ted singing the same lyr­ics over it in the melod­ic style you can hear on the record, and it just clicked. Emo­tion­ally it’s a record about not see­ing my daugh­ter every day, that I wrote at a time when I was adjust­ing to just that. It wasn’t about not see­ing her at all, though later on I didn’t get to see her for a year, and it began to have new mean­ing.

“I Just want to be home and wake up with you, feed you, clothe you and take you to school” -These are the open­ing lyr­ics of your single, where you express not being able to do the small things for your daugh­ter. Step­ping aside from music for a moment; often times we hear of fath­er’s not being able to see their chil­dren daily due to the break­down of the par­ent’s rela­tion­ship. What encour­age­ment would you give to any par­ent that is unable to wake up to their child every morn­ing, give them a hug, take them to school and share those oth­er price­less moments with them?

Yeah, it’s exactly that. I was really miss­ing the small things, day to day. I have quite a lot of thoughts on this issue of fath­ers not see­ing their chil­dren. It is cer­tainly a huge issue, but I’ve come to believe that many have it mis­con­strued. A lot of men feel very hard done by, by the sys­tem, and this often res­ults in anger towards moth­ers and the illu­sion that women are advant­aged above men in some way. I’ve become very inter­ested in fem­in­ism in recent years, and come to the real­isa­tion that the court sys­tem that sup­posedly bene­fits women in these cases, is only doing so to keep women in the home in the long run and uphold a pat­ri­arch­al soci­ety. So, in the end it’s to bene­fit men. It also mostly only effects the work­ing class. I also know women who have been pre­ven­ted from see­ing their chil­dren by the courts, so I decided to remove the word ‘fath­er’ from my press release and replace it with ‘par­ent’. I would encour­age par­ents most import­antly to take respons­ib­il­ity for their own actions in any break up or dis­agree­ments. Because the longer we spend blam­ing each oth­er, the longer our chil­dren suf­fer. I spent a lot of time blam­ing, and I later real­ised that I had to accept my own wrongs, and for­give oth­ers for theirs even if they were not will­ing to do the same.

‘See You Every­day’ is the lead single from your soon to be real­ised album ‘Dam­aged’, what would you like listen­ers to get from this body of work?

I wrote this album in a very dark place, and it was extremely thera­peut­ic for me. It’s strange but I also find listen­ing to depress­ive music that is relat­able quite sooth­ing while going through dif­fi­cult times. I think many people feel the same, because so many heart­break songs and albums have been suc­cess­ful over the years. While I was depressed, I listened to Kanye West’s ‘808’s & Heart­break’ album, and also Mr Hudson’s albums and Sade. It really helped me to know someone else has been through what I am feel­ing and has man­aged to put it into an artist­ic exper­i­ence that I can absorb. So, I hope that listen­ers who are going through any sim­il­ar feel­ings can listen to this body of work and get that kind of com­fort from it.

Is there a mean­ing behind the title of your album?

The title is some­thing that I think Big Ben used to say to me when we were talk­ing about situ­ations and people. Wheth­er it be a rela­tion­ship someone was going through, and there had been a break down, he might say, “they’re just dam­aged”. And we would say it about ourselves because of things we’ve exper­i­enced. It is an under­stand­ing of ourselves and oth­ers, that things in their lives have made them to way they are, and do the things they’ve done. Rather than point the fin­ger and be angry, I want to show people empathy and under­stand­ing. The album cen­ters around a rela­tion­ship and break up. I think I could of really gone deep with this concept, but there’s also some­thing spe­cial about it being focused on some­thing so simple and relat­able, with all of the themes of PTSD, depres­sion, alco­hol abuse and so much more planted in there for listen­ers to find.

Lastly, as an artist and a cre­at­ive what do you want your leg­acy to be?

I recor­ded a song called ‘Leg­acy’ on my album with MCD. If I remembered my verse I could just quote that [Laughs]. But I guess I’d like to be remembered as someone who lead his own path and encour­aged oth­ers to be free. We let people put us in boxes too often as artists, and this album will really show people that I won’t let that hap­pen to me. I know its inspired people who have heard it already. Fur­ther than that I would like my leg­acy to be of someone who strived to be the best ver­sion of them­selves and inspire oth­ers to do the same. I plan to call my fol­low up album ‘Bet­ter’, and I’ve already star­ted record­ing it. None of us are per­fect, but it will be about mak­ing efforts in our lives to do the best we can. I quit drink­ing three years ago, which is a big theme on Dam­aged. With Bet­ter and my gen­er­al leg­acy, I’m excited to see what fur­ther life pro­gres­sion I can achieve and inspire.