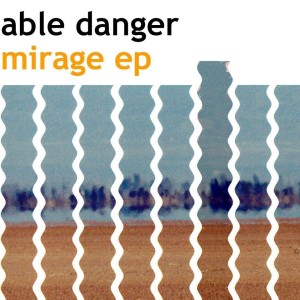 Paul Catlow (‘DJ Cata­lyst’) and Mike Rogers (‘MR2’) are a duo known as, ‘Able Danger’. Both ori­gin­ally Drum and Bass DJ’s from the mid 90’s onwards who met at the turn of the Cen­tury through a Pir­ate Radio sta­tion called ‘Rude FM’ they were play­ing on. Their paths had also crossed briefly before­hand whilst DJ’ing at vari­ous loc­al events in South East Lon­don where they both grew up.  I took out some time to inter­view MR2 about their music­al influ­ences and new EP which has just come out, ‘Mirage’ which you can down­load dir­ectly from their Band­camp page.

Tell me a little bit about your his­tory and how you got into music pro­duc­tion from DJing?

We had both dabbled with pro­duc­tion through­out the nought­ies, Cata­lyst was pro­du­cing with a couple of mem­bers of his crew and I’d been work­ing on and off with DJ Leth­al who I’d later go on to run Sur­round Sound Record­ings with.  I sup­pose it was inev­it­able that the next step would be to form our own pro­duc­tion unit so it was around 2008⁄9 that we decided to form ‘Able Danger’.  We’d hop back­wards and for­wards to each oth­ers stu­di­os which were no more than really basic bed­room setups.  We’d spend long smoke filled days, some­times 16 hours plus to try and find and hone our sound.  The ini­tial plan was to con­cen­trate solely on Drum and Bass but we’d both been heav­ily into Hip Hop before the Jungle explo­sion so it was only nat­ur­al that we would decide to diver­si­fy into oth­er genres even­tu­ally. We were both lucky enough to have grown up through the Golden-Era of Hip Hop so that was always going to influ­ence not only our sound but also the pro­duc­tion tech­niques later on down the line.  We’ve always con­sidered our approach to music as tra­di­tion­al, learn­ing the tried and tested pro­duc­tion meth­ods, going out and spend­ing hours on end try­ing to find the right records to sample. Using tra­di­tion­al pieces of kit like the MPC, chop­ping our own Drum samples etc.  We do have a lot of time for the more new school approach of Sample packs, that’s how we star­ted really, it was only after a while that we real­ised that every­one else had access to the same sample mater­i­al and decided to cul­ture our own sound lib­rary.  That way we could come with some­thing fairly unique and hope­fully it would kind of stand us apart from the crowd.  It was a great way of dis­cov­er­ing new music and cul­tiv­at­ing our music­al palettes.  That is truly one of the great bene­fits of dig­ging for records and sampling, it widens your music­al taste so much and in turn gives you many more aven­ues to explore.

My first Hip Hop influ­ences have to be Pub­lic Enemy, Big Daddy Kane, Eric B & Rakim and a lot of the greats from the mid to late 1980’s era.  Chuck D was an icon to me grow­ing up, I loved the Rock fuelled vibes of the early PE stuff.  Also, the polit­ic­al mes­sage has been some­thing that’s stuck with me a lot through­out my life.  I was also a huge fan of N.W.A. when they first came out, Ice Cube was anoth­er extremely polit­ic­ally act­ive MC which suited my mood as a rebel­li­ous teen­ager (Ha!).  There are obvi­ously oth­er greats from that era, Gang Starr are still my favour­ite Hip Hop group of all time, for me DJ Premi­er is just a legend, that guy just oozes Hip Hip from every pore.  It was such a sad loss that Guru died so young, I really do hope there’s some yet to be released Gang Starr mater­i­al due for release at some stage.  Oth­ers include A Tribe Called Quest, I really love QTip’s pro­duc­tion, he’s def­in­itely in my top 5 of all time.  Anoth­er great is Pete Rock, he totally changed the way records were being made and it’s great to see him and CL Smooth back togeth­er, the World needs anoth­er Pete Rock and CL Smooth LP, it’s been far too long.  Black Moon are anoth­er group who I fol­lowed reli­giously through the nineties, I have massive respect for the Beat­minerz and the whole Duck­down fam­ily.  Dilla has to be on the list obvi­ously, I’m one of these Dilla fan­at­ics, he actu­ally passed on my birth­day back in 2006 so I always have a little moment to remem­ber his leg­acy each year.  It’s amaz­ing to see just how much his pro­duc­tion still influ­ences music today.  I can­’t for­get to men­tion D.I.T.C., Lord Fin­esse has always been one of my favour­ite MC’s. I’ve been a big fan of Show­biz and AG since Run­away Slave and Dia­mon D’s ‘Stunts Blunts & Hip Hop’ is still one of those LP’s that’s slept on by most Hip Hop new­comers.

How has your sound changed?

It took us a while to devel­op our own sound, in fact even after 7 or 8 years I still don’t think we’ve com­pletely defined it, we’re always learn­ing, being cre­at­ive.  I think many pro­du­cers sound a lot like someone else when they first start, I don’t think I was any dif­fer­ent when I first star­ted writ­ing Hip Hop beats, I would try and make some­thing Premi­er sound­ing or some­thing that soun­ded like 9th Won­der­’s pro­duc­tion but I think you quickly learn that it’s det­ri­ment­al to our own devel­op­ment if you try and imit­ate oth­ers.  One thing that I like about our sound it’s that it’s con­stantly evolving, every time we sit down to start anoth­er track or pro­ject we’re look­ing for some­thing com­pletely dif­fer­ent, we’ll pur­posely fall back from using cer­tain records to sample and try and draw from some­thing a little more left­field, I think ori­gin­al­ity is key, try and find some­thing nobody has used before.  That was the idea behind this latest EP, we’d built up a hefty stash of records from the Middle-East.

What is it about the Middle East­ern sound which appeals to you?

Paul and myself are huge fans of the Arab­ic sound, I’d love to go there and go dig­ging one day or per­haps even work with a tra­di­tion­al vocal­ist from that part of the world.  It’s so dif­fer­ent from the way we do things in the West which is what makes it so unique and spe­cial.  I have fam­ily in the Middle-East so maybe it’s time I dropped them a line.  You have cer­tain record shops in Lon­don that cater for World Music but more often than not they’re very lim­ited and quite pricey.  Also, as you can­’t listen to record in many record shops these days you’re reluct­ant to drop £10+ on a record, some­times you can take a punt and hope you might get lucky.

I cer­tainly think our sound has a mel­oncholy feel to it at times and a lot of people say the same thing, we both like Music that takes you on an emo­tion­al ride, there’s some­thing inter­twined in that par­tic­u­lar sound that puts us on a high­er plain when mak­ing music.  It could be any­thing, a real deep chord, a vocal sample, just some­thing that makes the hair on the back of your neck stand up.  We’ll be writ­ing a track togeth­er and we’d find some­thing, quite ran­domly and just look at each oth­er and laugh, that’s when we know we’ve found that ‘Able Danger’ vibe.. we don’t need to say any­thing to each oth­er, you just know.

Hip Hop has changed a lot in recent years, everything evolves, which artists to you listen today and what about them appeals to you?

I still buy a shed­load of Hip Hop, I’m an avid fol­low­er of labels like Mello Music Group and Stones Throw Records, one of the most excit­ing artists these days in my opin­ion is Ander­son Paak who’s tracks are kind of a hybrid mix of Soul, Funk and Hip Hop.  I’m really dig­ging his stuff at the moment.  The LA scene is very strong right now.  Marco Polo and DJ Skizz are put­ting out some great music from the East Coast, they both keep things Boom Bap.  If you don’t already know about these guys you should check them out.  Apollo Brown is anoth­er pro­du­cer I’m really feel­ing at the moment, his solo stuff and also the mater­i­al he puts out with his group Ugly Her­oes.  I got to big up Skep­ta, Kano and a lot of the Grime heads from the UK who are put­ting out some qual­ity music.  New skool MC’s like Joey Badass obvi­oulsly, Kendrick Lamar, ScHool­boy Q, Bish­op Nehru, Your Old Droog, Cur­rency, First Divi­sion from Canada, Adrien Younge, MoSS etc.  At heart I’m still a Boom Bap head but there’s a great deal of more left field stuff around these days which I love.

Tell us about your new EP?

This new EP is a mix of old and new really, obvi­ously it draws exclus­ively from Arab­ic records we’ve had lying around for a while.  Again we wanted it to be a mix of both chilled out and uptempo tracks.  That way there’s a little some­thing in there for every­one.  There are a couple of tracks on there that we made 3 or 4 years ago, we’ve recently plucked them from the vault and giv­en them a 2016 makeover.  Paul’s been lit­er­ally bug­ging me for ages to clean up a few of them, the only reas­on I haven’t is because we did­n’t have the right pro­ject for them to sit nicely in.  Luck­ily the Mirage EP was an out­let for them and I’m glad they’re finally out there.  A favour­ite of ours on there is ‘Second Hand Kicks (Jared’s Beat) which came about when a work­mate of mine gave me a bunch of old records he’d found lying around out­side his flat on Rye Lane in Peck­ham, I made it in like 10 minutes on my MPC, added a bass­line in Ableton and it’s prob­ably my favour­ite track on the EP.  We’ve actu­ally had some interest from some vocal­ists who want to put some vox on it so there might be a rehash at some stage and pos­sibly a video too.  The title track Mirage is def­in­itely a piece of me, a dreamy track which took me about 15 minutes to put togeth­er, the samples just worked, pro­du­cers read­ing this will know that when you find some­thing that just works it comes togeth­er so eas­ily.  If only it was like that all the time, a joy to make and one of my favour­ite tracks I’ve worked on.  It’s always the tracks which come togeth­er in 10–15 minutes which end up being the best ones.  The art­work by the way is a throw­back to an old Blue Note Records release, I won’t tell you which on but if you look hard enough through their back cata­logue you can see where we plucked the idea from, a little nod to one of my favour­ite labels.

MR2 thank you very much for your time, it’s been a pleas­ure!

Faizah works in clin­ic­al research by pro­fes­sion and has been an avid Hip Hop lov­er since the early 90’s, hav­ing cre­ated her own Hip Hop event, ‘Breakin’ Bound­ar­ies’ in the early 2000’s which was pre­dom­in­antly based around the concept of bboy battles, she has worked with sev­er­al inter­na­tion­al events pro­moters and dan­cers to inspire oth­ers through this art­form.

Faizah works in clinical research by profession and has been an avid Hip Hop lover since the early 90's, having created her own Hip Hop event, 'Breakin' Boundaries' in the early 2000's which was predominantly based around the concept of bboy battles, she has worked with several international events promoters and dancers to inspire others through this artform.