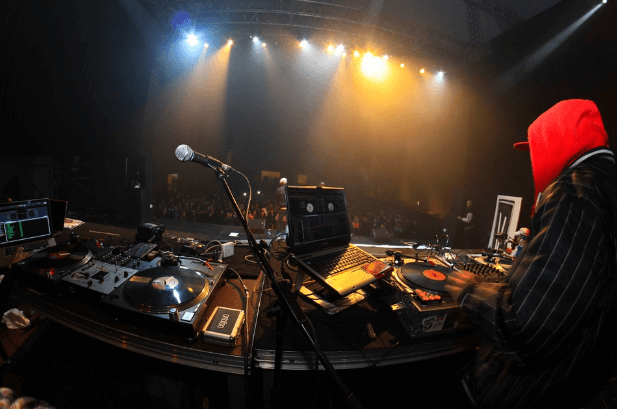 Over the years, hip hop has crept into many areas of pop­u­lar cul­ture, from movies and TV shows to skate­board­ing and fash­ion. Hip hop has also been highly influ­en­tial on video games. There’s now an abund­ance of games that fea­ture hip hop artists and soundtracks. But the music’s cul­ture extends into the gam­ing industry in many oth­er ways.

Video Games Based on Hip Hop

By the 1990s, hip hop had become main­stream, and video games were becom­ing more advanced. So, it’s not sur­pris­ing that the two genres soon met. Two of the earli­est video games based on hip hop were Rap Jam: Volume One and PaRappa the Rap­per. The former was launched in 1995 for Super Nin­tendo. The game com­bined NBA bas­ket­ball with rap and hip hop. And you could play as vari­ous music legends of the time, such as Pub­lic Enemy, House of Pain, Coolio, Queen Lati­fah, and LL Cool J. 1996’s PaRappa the Rap­per was inten­ded for a much young­er audi­ence. It used car­toon designs to intro­duce hip hop to chil­dren, and was like an early ver­sion of Gui­tar Hero but involving free­styl­ing. The aim of the game was to input but­tons in time with the prompts on the screen.

It wasn’t long before games were being made around spe­cif­ic hip hop stars. For instance, in 1999, Wu-Tang Clan starred in their own Shaol­in-style game. Oth­er not­able games that fea­ture real-life hip hop artists include:

There are even slot games that fea­ture hip hop soundtracks, such as the excel­lent Pimped slot game, which you can play online at Casumo casino.

Although hip hop music fea­tured in video games like those above, it wasn’t until the 2000s that hip hop soundtracks became pop­u­lar in accom­pa­ny­ing video games of vari­ous genres. Such games didn’t neces­sar­ily include hip hop in the game­play. But hip hop had become such a phe­nom­en­al glob­al sen­sa­tion by the 21st cen­tury, using the music to accom­pany gritty video games seemed like the obvi­ous choice.

As well as appear­ing in video games, hip hop stars have even ven­tured into the gam­ing industry. Most not­ably, in 2012, Jay‑Z became exec­ut­ive pro­du­cer of NBA 2K13, and he put his own stamp on the game. He also cur­ated the soundtrack, which includes the likes of Nas, Busta Rhymes, 50 Cent, and Mobb Deep. But Jay‑Z’s involve­ment with the game went much deep­er than simply provid­ing the score.

Hip hop wouldn’t be hip hop without mix­ing. When DJ Hero was released in 2009, as a spin-off from the hugely pop­u­lar Gui­tar Hero series of games, it enabled any­one to mix their own tracks to cre­ate a new music­al work. No longer was hip hop in video games con­fined to soundtracks and guest appear­ances by artists. Now, you could become a hip hop star your­self. Using pre­vi­ously recor­ded songs, sound effects gen­er­at­ors, and remix tools, DJ Hero allows you to mash up songs from the likes of Beast­ie Boys, Grand­mas­ter Flash, Jay‑Z, Eminem, and The Jack­son 5. Although it is only just over a dec­ade old, DJ Hero may feel a little retro now. But when it was released, home-mix­ing tech­no­logy tools were only start­ing to become the new norm. So, don’t under­es­tim­ate the power that DJ Hero had when it was first released. It enabled a whole new gen­er­a­tion to mix tracks them­selves, and surely many will have gone on to become pro­fes­sion­al DJs.

NEW MUSIC | LEJEND “THE PAST” SINGLE