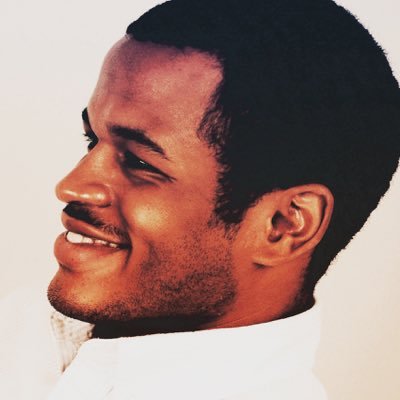 Meet Ali Good a 23-year-old MC from Detroit. He enjoys Reagan-era funk, sup­ple­ment­ing his col­lege edu­ca­tion with lyr­ics from the golden age of hip-hop and cruis­ing to ’93 Cube.

He has now released his new track “Good Food.” The record is off his forth­com­ing sev­en-song debut demo tape, “Noir En Amérique,” which is filled with “Ill­mat­ic” inspired lyr­ics and laid-back beats. It sheds a music­al light on eco­nom­ics, race, reli­gion and cul­ture. Hip-hop is import­ant, and “Good Food” provides a case for repla­cing Shakespeare with rap lyr­ics in pub­lic schools. We inter­view him to find out more!

From Good Food, you come across as not only dope rap­per but some who takes in their envir­on­ment. What inspires your rhymes?

I’m inspired by the tal­ent and artistry of Erykah Badu, Nas and ’93 Cube. I listen to their music and I’m like, WOW, how can I top that? But, most import­antly, I get my inspir­a­tion from life — my exper­i­ences and envir­on­ment.

Com­ing from Detroit do you feel there is pres­sure try­ing not to fall into the same mould as someone else who’s come from Detroit?

I don’t feel there’s any pres­sure. Detroit is dope, and so are the people. We share the same exper­i­ences. I feel like it’s a bless­ing to come from Detroit. If people want to put me in the same mould as oth­er Detroiters, I’m not mad at that.

Noir En Amerique, is your forth­com­ing debut demo-tape, where’s the title from/mean and what should we as listen­ers expect from your debut?

Noir En Amerique is Black in Amer­ica in French. I thought Black in Amer­ica was too gen­er­ic, so I decided to get cre­at­ive. Every­one who listens to the pro­ject should expect dope rhymes and beats. But, Noir En Amérique is more than that. It’s an attack on White suprem­acy. It’s an attack on Black-on-Black crime. It’s self-con­vic­tion. It’s my inten­tion to put listen­ers in my state of mind dur­ing the time peri­od that I wrote and recor­ded the tape.

You use the term Ill­mat­ic to describe your lyr­ics and beats, which is A) a big state­ment because Ill­mat­ic is seen pin­nacle of rap albums and B) is the 90’s rap era your biggest music­al influ­ence?

Right. Ill­mat­ic was one of the greatest rap albums of all time, if not the greatest. The 90’s rap era is def­in­itely my biggest music­al influ­ence. It was the golden age of hip-hop. Tal­ent wise, 90’s hip-hop is the only gen­er­a­tion of music com­par­able to Reagan-era funk.

Good food, there’s so much going on in Amer­ic­an food from doc­u­ment­ar­ies, pro­grams from the white house and con­tinu­ous health prob­lems. Let’s start with your art­work for “Good Food”, what are your thoughts on how black Amer­ic­ans eat in com­par­is­on to white Amer­ic­ans?

From food for thought to actu­al food, Black Amer­ic­ans get the low­est of the low. But it goes back to chat­tel slavery when slaves were giv­en the food White people didn’t want to eat. Nas said it best, “Slave food turned to soul food, col­lards and neck bones.” I’ve known more people to die from high blood pres­sure, heart dis­ease, dia­betes, etc. than any­thing else. I won­der why?

As far as food for thought, the diet is bad for Black Amer­ic­ans. We’re feed lies from birth. We don’t even wear our ori­gin­al sur­names. Maybe it’s just me, but I nev­er met an Afric­an with the last name Mitchell. It’s sad. I mean, a lot of Amer­ic­an schools are still teach­ing that Colum­bus dis­covered Amer­ica. Dude has his own hol­i­day. That’s crazy.

You’re a black edu­cated male in Amer­ica, we see a scope of it in the UK, how dif­fi­cult is it to approach life with so much police bru­tal­ity hap­pen­ing in the US?

First, I’d like to say that there’s a dif­fer­ence from being edu­cated and hav­ing a col­lege degree. I’m not knock­ing high­er edu­ca­tion, I’m in col­lege now, but what good is a degree without know­ledge of self? We have a Black pres­id­ent, but in the eyes of White Amer­ica, he’s just a nigga in the White House. The Hon­or­able Eli­jah Muhammad said: “No one man can rise above the con­di­tion of his people.” Obama is a per­fect example of that. Here he is, a Har­vard gradu­ate, and Pres­id­ent of the United States — but he still can’t escape being called a nig­ger.

On that note, it’s dif­fi­cult to approach life in the US because we aren’t free. Police bru­tal­ity is a huge factor in that. Without true free­dom, we will nev­er be able to approach and live life because we’re always in the struggle.

There’s always been a debate that there should be rap ana­lys­is the same way poetry is stud­ied in schools. If you could pick 5 albums to do an essay on which 5 would they be and why?

In no par­tic­u­lar order:

This album deserves an essay off the strength of Hov’s line in Dead Pres­id­ents II. “Without rap, I was crazy straight, Part­na I’m still spend­ing money from ‘88.” It’s like, YO! That’s an eco­nom­ics course in itself.

It’s funny because Nas had to change his album to “Untitled.” I guess for dis­tri­bu­tion reas­ons or whatever. But I learned more from that album than in my entire career as a stu­dent. So, yeah.

I pick “Leth­al Injec­tion” because Cube went hard. It’s mad know­ledge in that album. It’s hard to explain why. You just have to listen to it.

“All Fall Down” is my reas­on for choos­ing this. “The Col­lege Dro­pout” is an album every­one can relate to — White, Black, it doesn’t mat­ter. “Drug deal­er buy Jord­ans. Crack­head buy crack. And a white man get paid off of all of that.” That’s real.

This album is auto­mat­ic. If you need a crit­ic­al think­ing course, listen to “Let’s Get Free.” But yeah, the whole album is dope. Every­one should listen. Actu­ally, “Be Healthy” is one of my inspir­a­tions for writ­ing “Good Food.”

And also are you a vegan, and if not or you are why? Rus­sell Sim­mons, a UK rap­per called Akala and sci­ent­ist have come and said that being vegan has great pos­it­ives on our own health?

I’m not vegan. But I’m sure they’re right. I have no reas­on to doubt them. I mean, going vegan would be dope — I’m just not dis­cip­lined enough.

You’re com­ing into an era where a lot of artist are going down this “trap soul” route. Where they do a bit or rap­ping and a bit of singing/melody, did you try to avoid this or is this some­thing you’re look­ing to explore?

I think the “trap soul” move­ment is dope. I’m a huge fan of Partynext­door. It’s just not for me as an artist. I didn’t try to avoid mak­ing that that type of music, nor am I look­ing to explore it. Plus, my singing sucks. I wouldn’t be com­fort­able explor­ing “trap soul.”

What was the last song you listened to (which was­n’t your own tape) and why?

The last song I listened to was “Tall Grass” by Supakaine, an artist out of Detroit.  I don’t know why I listened to it, but the hook is catchy and the lyr­ics are on point. There’s a mes­sage to it. It’s just a dope record. I can relate to it.

There’s been a lot of talk about rap beef, the most not­able back and forth has come from Drake and Meek Mill. If you were in their shoes what would you do? Start off with Meek Mill.

Both Meek and Drake are great artists. But in terms of rap battles, Meek is one of the greatest. If I were Meek, I’d ignore it. Meek has noth­ing to prove. Like, Drake is one of the best rap­pers out right now, but I don’t think he’s on Meek’s level when it comes to rap battles. If I were Drake, I’d keep the records com­ing. But, I’d also be pre­par­ing myself just in case Meek decides to drop his 2016 ver­sion of “Eth­er.”

A lot of artist set out to get signed and there’s a lot like Chance the Rap­per, Mac Miller and UK artist such as Skep­ta and JME who have major suc­cess without being signed. Do you think now in 2016, there’s a big­ger chance to be glob­al name without a label?

Def­in­itely. The Inter­net changed the game. Social media and the rise of hip-hop blogs evened the play­ing field for inde­pend­ent artists. With good music, a team and a good mar­ket­ing strategy, there’s most cer­tainly a big­ger chance to become a glob­al name without a label. I look at the suc­cess of Dom Kennedy and it makes me want to work even harder.

Who are your top 5 mcs dead or alive and why?

Nas – Nas because he’s my favor­ite rap­per. To me, he’s the GOAT. I got my style and word­play from Nas.

Andre 3000 – Andre because he’s nev­er dropped a solo album and he’s talked about as if he dropped 20 albums. 3 Stacks is just dope.

Ice Cube – Aside from Nas, Cube is one of the rap­pers who influ­enced me the most. Ima­gine hip-hop without Cube.

Tupac – The fact that folks talk about Pac as if he’s still phys­ic­ally alive is a test­a­ment to the power of the god’s mes­sage. Pac’s flesh is deceased, but his mind isn’t. Pac is top 5 dead or alive because his music has out­lived his phys­ic­al body.

As you’re from Detroit I would love to get your opin­ion: Fresh Prince or Mar­tin?

If you could col­lab­or­ate with 5 dif­fer­ent artist from any genre, who would they be and why?

Erykah Badu – I haven’t fully developed as an artist yet. I haven’t mastered my craft. I feel like col­lab­or­at­ing with Badu would get me to that point.

D’Angelo – YO! D’Angelo’s voice and artistry mixed with my raps is bound to be some of the best music of all time.

Earl Sweat­shirt – Earl got bars. Who wouldn’t want to col­lab­or­ate with him?

Chuck Ing­lish – Chuck Ing­lish has some of the best beats in the game right now. I feel like his pro­duc­tion would take my music to the next level.

M.I.A. – M.I.A. because she’s one of my favor­ite artists out­side the rap genre. I think we’d make great music. If I could, I’d make music like M.I.A.

As an artist what’s one thing you want your music to do for the con­sumers?

I make music to con­trib­ute to the resur­rec­tion of the men­tally dead. I want my music to get people think­ing. I want it to make people happy. I want it to motiv­ate people to do for self.