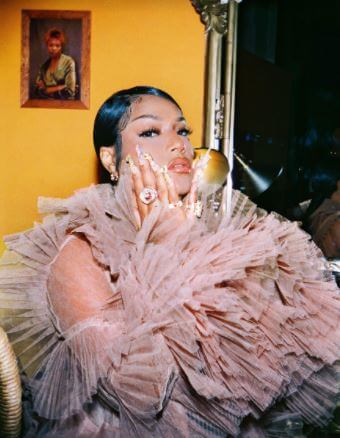 Brit­ish rap­per, sing­er and song­writer Stef­flon Don releases her new single “Can’t Let You Go” (Qual­ity Con­trol Music/Motown). This fol­lows her long-awaited return to music with her recently released single “Move” which has already been streamed sev­er­al mil­lion times and received crit­ic­al praise from the likes of FADER, Com­plex, Clash and NME.

“Can’t Let You Go” is Stef­flon Don’s latest single, inspired by the lust you feel for someone, even if they aren’t right for you. It is the linger­ing feel­ing of not being able to get someone off your mind, so instead you remin­isce about the nos­tal­gic times you’ve had togeth­er.

Stef­flon Don said of her inspir­a­tion for the single, “For this track, I wanted to lean into my nat­ur­al singing voice and also exper­i­ment with doing some of the melod­ies in Yor­uba. The over­all vibe of the track is under­pinned by a sul­try Afro Beats sound. I always love to fuse all of my cul­tur­al influ­ences into my work, because I am very much inspired by dif­fer­ent parts of the world”.

“Can’t Let You Go” is Stef­flon Don’s second release this year after “Move”, her first new music in 2020. Released last month, “Move” was praised by Clash Magazine as a “con­fid­ent dance­hall-fueled roller that taps into car­ni­val energy.” “Move” fol­lowed the glob­al knock­out suc­cess of her first EP “Hurtin’ Me”, with its title track earn­ing 2.3 bil­lion streams.

New Music: Put It On Page By Delta Lima (@Sir_DeltaLima)