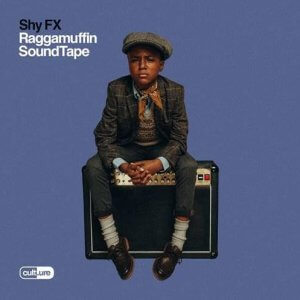 “Everything fits togeth­er – its tight, it feels like one piece. The 15-year-old me would be overly gassed by this record — I wouldn’t have been able to ima­gine mak­ing all these genres, all these styles… And now I’m able to put it under the same name and it makes sense to people.” – Shy FX

Shy FX is one of the most influ­en­tial Brit­ish pro­du­cers of the past three dec­ades. From his ground-break­ing anthem ‘Ori­gin­al Nut­tah’ (which cata­pul­ted the jungle scene into main­stream cul­ture in the 9Os and cel­eb­rates its 25th anniversary this year), through his timely switch into dub­step, house and roots reg­gae, to his behind-the-scenes pro­duc­tion and remix work for Grime, Pop and R’n’B acts (e.g. Jorja Smith, Diz­zie Ras­cal, Wiley, Rag ‘n’ Bone Man, Emeli Sandé, Lon­don Gram­mar), Shy’s abil­ity to fuse sound­sys­tem cul­ture with elec­tron­ic futur­ism and clas­sic song­writ­ing has defined the music of suc­cess­ive gen­er­a­tions.

New Music: Eneeks “My Queen, My King, My God”