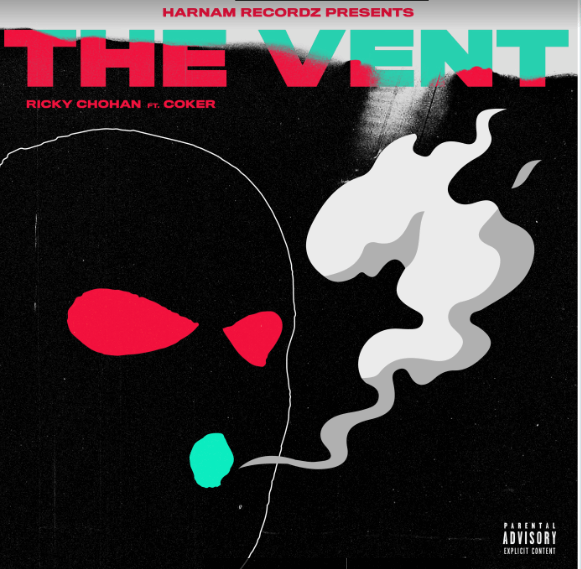 Fol­low­ing their first col­lab­or­a­tion “Drip” Ricky linked up with Coker for a second time to release “The Vent” the single was made whilst Ricky was in the stu­dio work­ing on his mix­tape which is due to be released later this year. “The instru­ment­al just hit my emails and I called up Coker straight away, like Bro, I just got a beat we need to let loose on.”

“The Vent” is a release of emo­tions and stress. The song isn’t a sing along song and there’s no chor­us its just raw, unapo­lo­get­ic and to the point. Mar­in­ated with the beat everything fits togeth­er like a puzzle.

If you listen to music; and take in lyr­ics then this is a song for you.

The release of “The Vent” fol­lows Rickys Earli­er Single “The Bangle” which he deb­uted on the 7th Dec 2019. The Single was a cross between Bhangra & Rap two oppos­ite genres Ricky’s well known to merge and fin­esse.