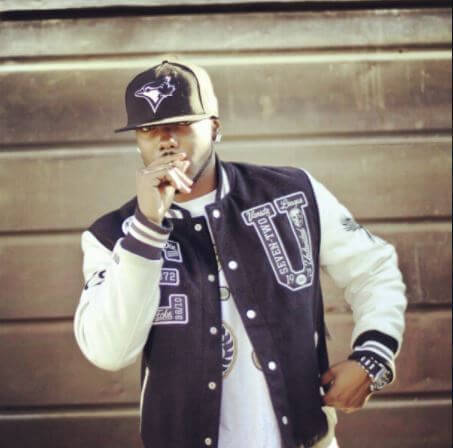 ‘No More Slip­pin’ is the brand new single to come from Texas rap­per J. Row. Fea­tur­ing Lil Keke, ‘No More Slip­pin’ is a fire new track that is driv­en by its bass groove and fire flow from both rap­pers. Recor­ded in J. Row’s home stu­dio, the writ­ing and record­ing pro­cess was instant­an­eous, with both artists being grabbed by the beat. Infused with a deep old school vibe, this is a chilled one to start the new year off right!
Grow­ing up listen­ing to the sounds of Nelly, Jay Z and Tupac, J. Row describes hip hop as the next best thing after Rhythm and Blues. You can hear the influ­ence of the sounds of his child­hood in his music which has taken him to per­form at SXSW four times in a row. His debut album ‘Face of the Future’ was released in 2008 and quickly estab­lished him as one to watch. Since then he has released four albums and is cur­rently work­ing on the fifth which is set to include some hard-hit­ting songs. J. Row’s songs cov­er dif­fer­ent areas and the lyr­ics range from street to love, to the struggles of life and the motiv­a­tion to get past them.

Listen to more of J. Row