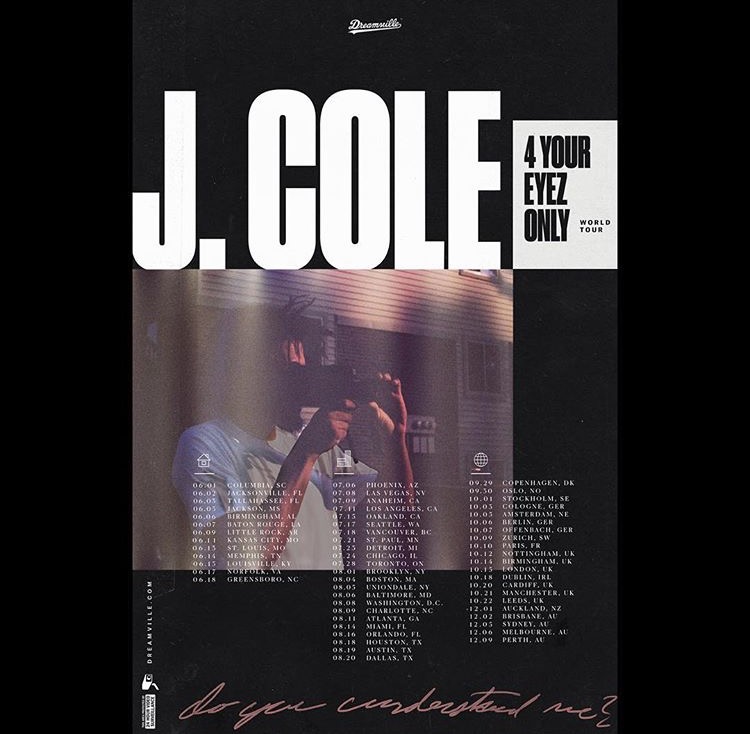 J. Cole has been drop­ping a lot of fire recently with the recently released tracks from his  album 4 Your Eyez Only. It’s exactly what the Hip Hop scene needed… Well exactly what was miss­ing from the main­stream radio play… We can always rely on J. Cole to keep it real for the mass air­waves.

We could­n’t con­tain our excite­ment when J. Cole finally announced the dates for his 57-city tour! Check out the details below and try catch him at your city.