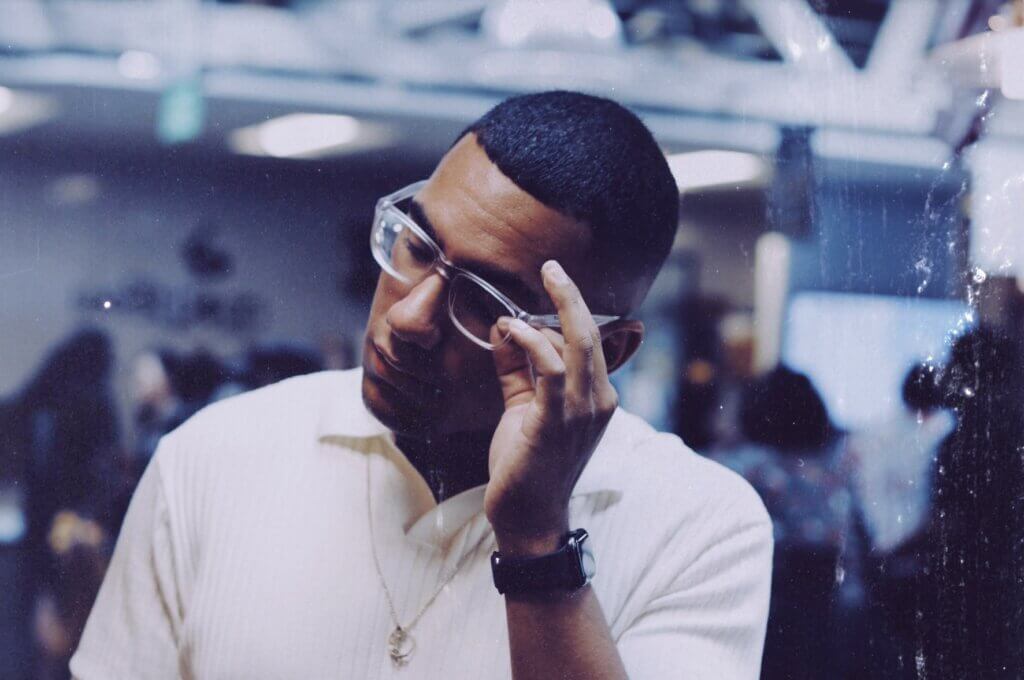 We catch up with Gene to find out more about his album and the inspir­a­tion behind it.

After I find a beat I fall in love with, the song­writ­ing begins!

My mom gets all the cred­it for this one! I grew up listen­ing to everything from Sade to Hatebreed and even now I try to add my own little twist to music I make as an appre­ci­ation to them.

Con­grats on your album ‘2 Light­skin’ – How long was the pro­cess in put­ting it togeth­er?

Thank you! All togeth­er the album took three to four months.

Are there any tracks on the album in par­tic­u­lar that are close to your heart, or per­son­al favour­ites? And Why?

Sit By The Fire is my favor­ite track on the album hands down. Lil Mag (Poetry, Vol.2) is the track I put my whole heart in and hon­estly didn’t expect any­one to really listen to it when I released the album but instead the reac­tions I got from people who heard it were all pos­it­ive so I’ll nev­er for­get that.

Tell us a bit about the pro­duc­tion on the album?

I had to learn how to Mix and Mas­ter from scratch. Although it is far from per­fect, it is an improve­ment.

Your music seeks to evoke emo­tion, and real issues – How import­ant is it for you to use Hip-Hop to inspire?

Extremely import­ant, I talk about real issues and  real feel­ings. I’m not mumble rap­ping, this is as con­scious as it gets.

What do you want listen­ers to take away from your album?

Wheth­er you like the music or not, I’ll be back to kick more fla­vor in your ears!

Do you have plans or con­cepts for any music video releases you can share with us?

I would love to do a music video but I’ll leave that up in the air. Maybe one day I can meet a Video­graph­er and start work­ing. But as of now, no plans.