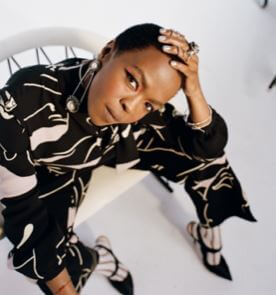 Hav­ing toured the world in 2018 to cel­eb­rate the 20th anniversary of sem­in­al album The Mise­du­ca­tion Of Lauryn Hill, the rap­per and sing­er will return to the UK to per­form a career-span­ning greatest hits set fea­tur­ing tracks from her multi Grammy award-win­ning solo album along­side clas­sic Fugees songs and new mater­i­al.

One of the biggest artists of the 90s, Hill rose to prom­in­ence as lead sing­er of The Fugees before going on to become a multi-Grammy-win­ning solo artist with the release of her 20 mil­lion-selling album The Mise­du­ca­tion of Lauryn Hill. Tracks such as “Doo Wop (That Thing)”, “Ex-Factor” and “Everything Is Everything” helped cata­pult Hill to glob­al super­star­dom and cemen­ted her pos­i­tion as one of the most pion­eer­ing acts of her gen­er­a­tion.