Q. What was your first exper­i­ence with Hip Hop? Who had the biggest influ­ence on the music you cre­ate?

Peace, first exper­i­ence was see­ing pub­lic enemy live on bbc 2 in Lon­don in 1988. Blew me away! Biggest influ­ence has got to be the Rza.

Q. When did you first real­ise you wanted to be a pro­du­cer ? What was the biggest oppor­tun­ity that came your way that helped you achieve what you wanted so you could do what you are doing today?

Around 2005⁄06 when I star­ted, I had been djing since 96 and it was when I star­ted to col­lect the ori­gin­al soul tunes from all the clas­sics. The best thing that helped me was when my 1st album was signed by Money maker and dis­trib­uted via EMI records. That was really my big jump into the game. J Ron­in put me on to Gust­avo Guerra who signed the record and flew me out to NYC in 2009.

Q. You are now mak­ing music in the home of Hip Hop! What made you want to move to NY?  Do you feel a sense of nos­tal­gia there, or has the music evolved over time?

Yeah 90% of the people I’ve worked with over the last 5 years are here, and got a lot of friends here too so it was the smartest thing to do.  As far as nos­tal­gia, the vibe and areas and land­marks are def a big inspir­a­tion. The music has changed a lot and you hear mostly the new style down south hip hop when you’re out and about on the roads… But I go to all the right parties to hear the music I want to so it’s all good!

Q. Hip Hop star­ted to bring a sense of hope, pos­it­iv­ity and change through artist­ic expres­sion. With the con­stant injustices in Amer­ica, do you feel that the Hip Hop com­munity are mak­ing enough noise to bring about change and aware­ness?

I don’t feel like the main­stream artists are really, the lyr­ic­al and pos­it­ive mes­sages are few and far between, hav­ing said that there are still the vet­er­ans and some new artists bring­ing that mes­sage so there is still hope!!

Q. Tell us a bit about the artists you have worked with?  How do you decide who you want to jump on your beat?

Mainly the vet­er­ans in the scene, many mem­bers of the Wu tang fam & Boot Camp groups, Sky­zoo, Roc Marc, Tragedy Khadafi, Ill Bill, etc… Not that I rhyme, but I usu­ally spit a few bars on the beat and judge whose style it fits best!

Q. Your new track High Soci­ety has a very old skool vibe to it; you have quite a few artists fea­tured on it.  Tell us about the track?

This actu­ally star­ted with a col­lab­or­a­tion with just Trag, he wanted to use it on his new album but I had to use it for mine as it has that ter­min­al ill­ness feel… It’s one of those tracks that is per­fect without a hook, just the way we sequenced it.

You can hear a lot of clas­sic joints, the album flows so well the way we chose the track order along with all the skits. I’m very happy with it, and we got a few polit­ic­al joints on there along with some deep mes­sages and straight up lyr­ics slay­ing the tracks!! 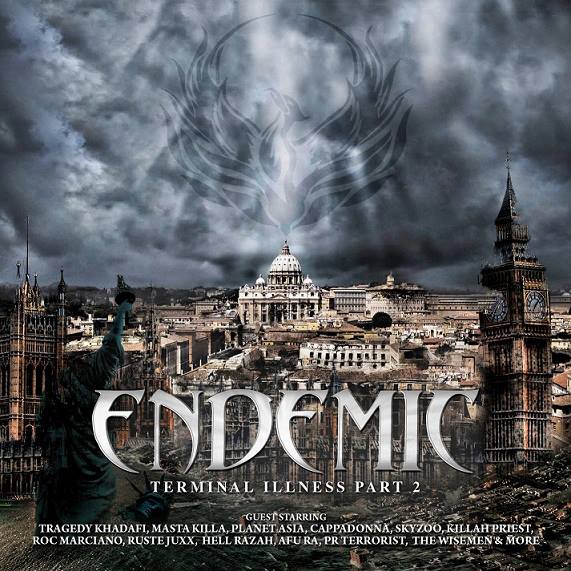 Q. What are your thoughts on the UK Hip Hop scene? Are there any acts you have worked with that you think we should look out for?

It’s always struggled a bit to gain a large move­ment, I feel if artists came togeth­er more and uni­fied it would be a lot stronger! Def look out for my new artists Ray Ven­detta and Tesla’s Ghost. I dis­covered them back in 2010 I think. They are now a part of triple dark­ness. I’ll be doing much more work with them so watch out for that and their joint on Ter­min­al Ill­ness 2 called “circle makerz”. 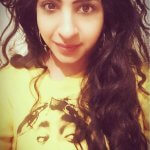 Get To Know Razor (@Razorartist) !