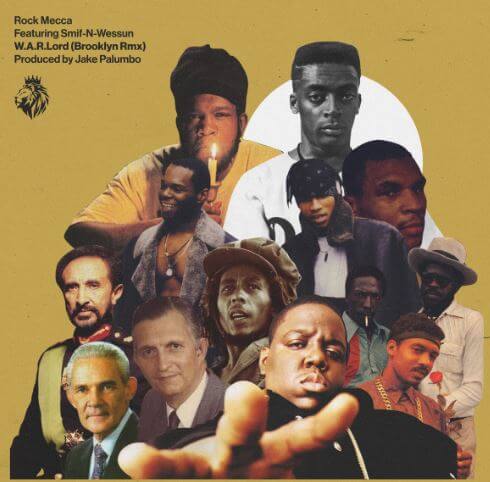 Rock Mecca teams up with Bucktown’s own Smif-N-Wessun for “W.A.R.Lord II (Brookyn Remix)”. This reg­gae-tinged banger arrives right on time to be theme music for these gritty New York City Sum­mer blocks.The single is slated to appear on Rock Mecca’s “FER” EP, to be released later this sum­mer on Soulspazm Records.Check out the single and grab your copy below.

Queens New York’s Rock Mecca released his sopho­more LP “Iron­world” on Soulspazm records. The pro­ject fea­tured Kool Keith, Roc Mar­ciano, Tragedy Khadafi and Vast Aire of Can­ni­bal Ox among oth­ers and received crit­ic­al acclaim by press and fans alike. The fol­low up EP, “FER” is slated to be released this sum­mer on Soulspazm and fea­tures Kool G Rap, The Arti­facts, Smif-N-Wessun and Rah Digga among oth­ers.

Also check out Smif-N-Wessun­’s “The All”, in stores now.
http://smarturl.it/theallalbum