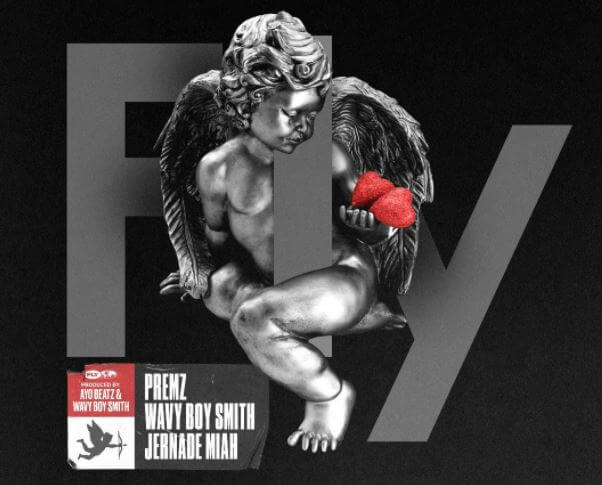 ‘Fly’ is not just a new love song or a cosy winter romantic tune, but a blend of mix­ing cul­tures, smooth hip hop, moody RnB vocals and Hindi lyr­ics. The song is a col­lab­or­a­tion between Premz, Jer­nade Miah and Wavy Boy Smith, which is out today, Fri­day, Novem­ber 27th.  This is the 3rd single release from Premz’s new album which will be released later this year.
“This song is a per­fect demon­stra­tion of what can hap­pen when you genu­inely bring togeth­er dif­fer­ent cul­tures and genres on music- and the out­come is beau­ti­ful,” says Premz.

Fea­tured on the single is Jer­nade Miah who sings his chor­us in com­bined RnB and Hindi Vocals. Formerly signed to Warner Music Group, he has worked on record­ing and writ­ing, with pro­duc­tion cred­its com­ing from ADP (Krept & Kon­an, Zayn Malik) Chrishan (Chris Brown, Kid Ink), Wil­lie Donut (Jeremih), and has fea­tures from Dr Dre After­math prodigy Can­dice Pil­lay on the track Speak.

The song also fea­tures Wavy Boy Smith who sings the pre-hook on the track, he is signed to 7 Wallace/Universal Music Pub­lish­ing A cred­ible song­writer, artist and pro­du­cer who has upcom­ing co-writes with Idris Elba and has worked with artists such as Wretch 32, The Fan­atix and Sevaqk. He sings the Pre-Hook and has also recently released an album called “Fly Pain” with Turk­ish Dcypha.  The single was pro­duced by both Wavy Boy Smith & Ayo Beatz, a rap­per, song­writer and pro­du­cer. Cur­rently Ayo Beatz has a Top 3 single in the UK charts after a recent song he pro­duced for Wes Nel­son “See Nobody”. Ayo Beatz has worked with artists like Lab­rinth, Wiley, Chip, Fredo, Wretch 32, J2K, Mist, Pro­fess­or Green, Skrapz, Red Café, Stylo G and Ghetts.