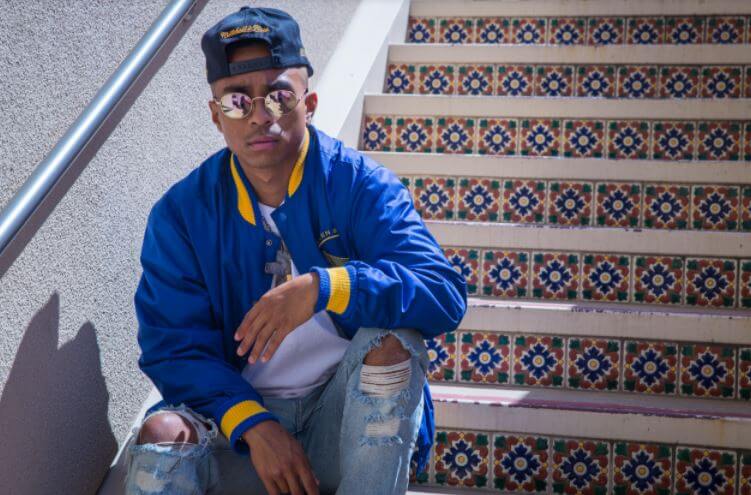 ‘The Anthem’ is the new video to come from JJ Fin­ess­er, the tal­en­ted Hip-Hop emcee. ‘The Anthem’ is released as an excit­ing pre­curs­or to his third stu­dio album, ‘Clas­sic OG’.  Inspired by the passing of his great-grand­par­ents, ‘Clas­sic OG’ is an ode to the old school sounds of Hip-Hop and the matur­ing of the artist. JJ Fin­ess­er says he sees this album as a “paradigm shift” in how he sees him­self as an artist and describes ‘Clas­sic OG’ as a renais­sance piece of Hip-Hop art. Rep­res­ent­ing his love for ‘real Hip-Hop’, ‘Clas­sic OG’ is the final install­ment of a tri­logy of albums released by JJ Fin­ess­er, fol­low­ing on from ‘Nalej’ and ‘Opus Dei’. ‘The Anthem’ lays it all bare for JJ Fin­ess­er as he flexes his flow and con­trol of the beat, offer­ing noth­ing to dis­tract from the tal­ent on show.
Influ­enced by A Tribe Called Quest, Stat­ic Major, Big L and Black Star, JJ Fin­ess­er describes him­self as a real Hip-Hop emcee. All three of his albums have been mixed, mastered and pro­duced by Jerry D.
As a stu­dent of the old school sounds of Hip-Hop, he classes his work as renais­sance Hip-Hop as it pays trib­ute to the tra­di­tions of the genre. JJ Fin­ess­er star­ted per­form­ing in 2012 and recor­ded the album “Nalej” in 2013 as a stu­dent at Santa Clara Uni­ver­sity after grow­ing up listen­ing to the golden era of Hip-Hop — The 90’s. Inspired by this spe­cif­ic era of music, JJ Fin­ness­er makes it his mis­sion to let the young­er gen­er­a­tion know what real Hip-Hop sounds like, looks like and feels like.
In his own words: ‘my album is titled “Clas­sic OG,” for the real Hip-Hop emcees that came before me. I’m here to live and provide a leg­acy. I’m in this for the love of Hip-Hop.’

Listen to more of JJ Fin­ess­er