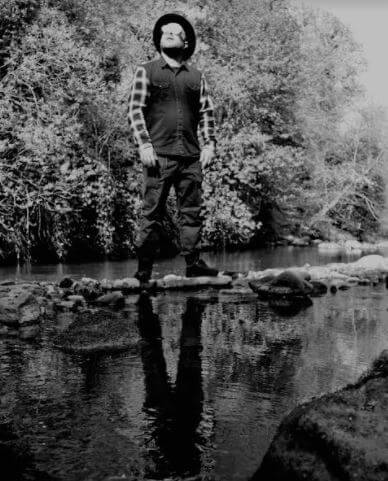 7ru Factz is a hip hop artist from Edin­burgh, Scot­land. 7ru has been mak­ing music for over 20 years, doing col­lab­or­a­tions with Scot­tish, Eng­lish and Amer­ic­an artists. 7ru’s music tells stor­ies about life through his eyes grow­ing up in one of the poorest areas in Edin­burgh his stor­ies are dark and hard hit­ting. But that’s not all he brings to the table his vis­ions on how to make the world a bet­ter place tar­get­ing polit­ic­al and world issues are also much a real thing for him and he makes it known in his music.

We catch up with him to learn more about what Hip-Hop means to him.

Tell us a bit about your Hip-Hop influ­ences?

My influ­ences in hip hop has got to be 2pac, he was a voice for the people. Def­in­itely the Wu Tang Clan they spoke truth and also came very raw with it. Vin­nie Paz, Kev­in Gates, Mic Right­eous. There is too many to name, but I do like hip hop that comes with a mes­sage of influ­ence and pos­it­iv­ity.

What is the Hip-Hop scene like in Edin­burgh? You have been in the scene for a long time, has it evolved and grown?

The hip hop scene in Edin­burgh is grow­ing more and more people are start­ing to make music which is good because it brings more atten­tion to the music scene. I have been in the hip hop scene since I was 13. Over 20 years I’ve gave my life to this music. But you do have to open up your own doors just like everything in life noth­ing is going to be giv­en on a plate you def­in­itely need to work.

Your music speaks a lot about issues con­cern­ing poverty, how import­ant is it for you to use your music as a tool to speak about soci­et­al issues?

I feel music in gen­er­al is the best way to get across soci­et­al issues. Every­one listens to music and to cre­ate good music with a mean­ing then you are doing some­thing right. Music brings people togeth­er it’s a uni­ver­sal lan­guage. But I find it hard to talk about things I know noth­ing about, so I talk about what hap­pens in the world or in my life and my sur­round­ings and people around me.  People who see what I see know that what I’m speak­ing is true and know it’s not only them who feel a cer­tain way people also feel their pain. I want people to know they are not alone.

The past 2 years have been dif­fi­cult for a lot of artists, how did the pan­dem­ic affect you?

The pan­dem­ic affected me mostly with live per­form­ances and men­tal health. My men­tal health took a kick­ing, it was such a set back and I was depressed drink­ing way more than usu­al. I know that stands for a lot of people and some will and can relate to such feel­ings, but I felt that for the first time in my life. I hated not being able to per­form. I have a home stu­dio so I was still able to make music and do videos but the live scene was totally away. But when the gov­ern­ment said that musi­cians should look for a new career path that made me go harder on music I was determ­ined to go harder.

Tell us a bit about your most recent album ‘Holy Water’? What themes can be found?

Holy Water was me at war with myself. People say­ing look for the light but with light comes shad­ows, I seen myself drawn towards the shad­ows. So, I just wrote how I was feel­ing on paper and made it into an album. It’s a very dark album but one of my best I feel because it really does have my blood, sweat and tears put into it.

You have a few col­lab­or­a­tions on the album – tell us a bit about the artists you show­case?

The artists on my album I have worked with a lot. I like to try and work with dif­fer­ent people and branch out but for Holy water I wanted to keep it to whom I know and love to work with. All of them are amaz­ing in their field of music so I knew it would work well. One artist raps, does punk and rock music, the oth­er is a hip-hop artist from New York and the oth­er is a soul, jazzy sing­er. But all that togeth­er made magic.

Hip-Hop is such a power­ful tool for expres­sion, how has it impacted your life?

Hip hop has made me real­ise that in life I share the same vis­ions as many oth­ers, and I should speak on those issues. I actu­ally want to get into polit­ics so people like me can have a voice.

It’s not fair us hav­ing no voice in par­lia­ment and real issues not being addressed by people who don’t care. People who do care should be the ones speak­ing. And if you do care you will edu­cate your­self so you can sit in a room with these MPs and tell them what’s really the truth and real­ity.

That’s why hip hop is such a power­ful tool to spread know­ledge and truth.

​What do you like to do when you are not mak­ing music?

When I’m not mak­ing music I like to read, I read a lot, I read up on laws. But I mainly like to read books his­tor­ic­al books about gen­er­als from back in the day. How they thought, how they strategised and man­oeuvred. I find it very fas­cin­at­ing. My favour­ite book is the 33 strategies of war. 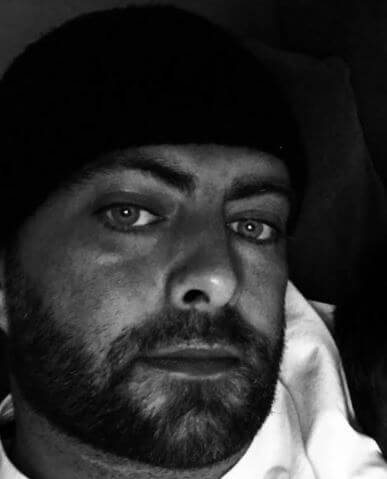 What has been your biggest achieve­ment to date?

The biggest achieve­ment for me in all hon­estly was defeat­ing myself and find­ing my true self. That was a real jour­ney being able to over­come. If you are talk­ing music­ally open­ing up for Mic Right­eous at the end of Octo­ber this year. That is massive for me.

What have you got com­ing out in the near future?

I have an album com­ing out in Feb­ru­ary I hope called “Last Forever” it’s not as dark as Holy Water, but I feel the music on this will last forever. It’s not as emo­tion­al as my last album but it’s still hon­est. I would actu­ally say this album is more upbeat but still let’s you know that life is real. I’m also plan­ning more live events after the end of this year. I want to travel more across the UK with my music. And this Octo­ber 22nd I’m bring­ing Mic Right­eous to Edin­burgh he will be per­form­ing at The Hive, Edin­burgh, so I have a lot on at last

Where can we fol­low you / find out more about you?

Listen to 7ru Factz music below: