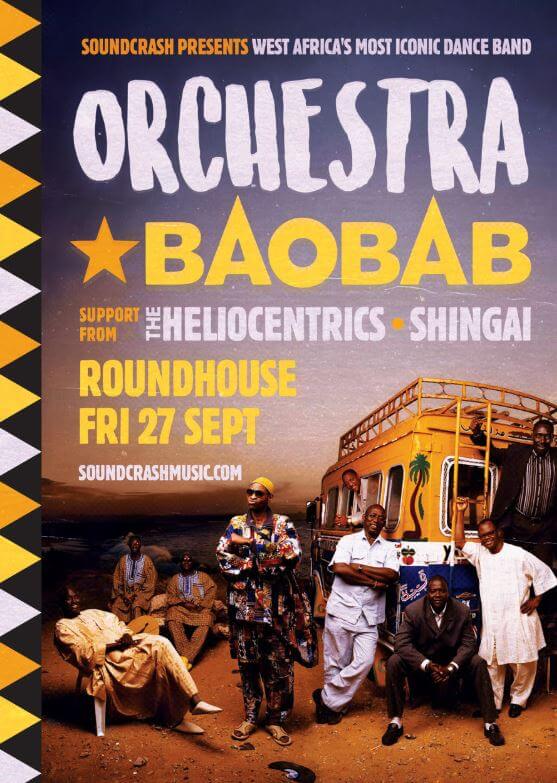 West Africa’s most iconic and influential dance band, Orchestra Baobab, are coming to London’s Roundhouse for their one and only UK tour date of 2019.

Formed in 1970 as the house band for Baobab Club in Dakar, the band went on to become one of  West Afric­an’s dom­in­ant bands of the 1970s, record­ing 20 albums before break­ing up in 1987. After the release of some of their music cata­logue by World Cir­cuit records, the band’s pop­ular­ity in the UK and Europe soared, prompt­ing them to reform in 2001.

The band’s pop­ular­ity has been stead­ily rising since then, as their spell­bind­ing live shows have bought in new admirers as well as keep­ing long-stand­ing fans hooked. They’ve sold over 4 mil­lion albums and con­tin­ue to release new music today.

After a string of sold-out events, the only oppor­tun­ity to see this legendary band this year in the UK, takes place on 27 Septem­ber.