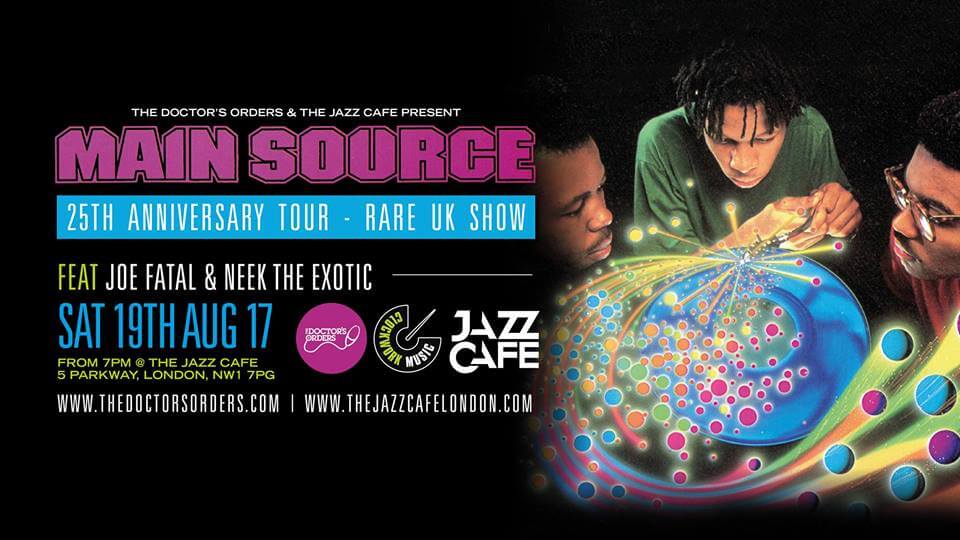 Very few have been as impact­ful to Hip-Hop music as Main Source and their debut album Break­ing Atoms – that’s a fact. The funk drenched album sounds just as fresh now as it undoubtedly will until the end of time. Not only did the album go on to inspire an entire genre, but boasts the debut of Nas on ‘Live at the Barbe­que’ thanks to Large Pro­fess­or see­ing such poten­tial in him when we was a teen­ager. The album is full of singles that rock clubs still to this day such as ‘Look­ing at the Front Door’, ‘Just Hangin’ Out’ and of course the later ‘Fakin’ the Funk’.

After 25 years since the release of this untouch­able album, it’s only right that Large Pro roun­ded up the troops, along­side spe­cial guests Joe Fatal and Neek the Exot­ic, for a show at London’s pres­ti­gi­ous Jazz Café.

If you know the deal, we don’t need to tell you this is an oppor­tun­ity you’ll prob­ably nev­er see again. Grab tick­ets now and enjoy some genu­ine Hip-Hop her­oes throw down a show to remem­ber.