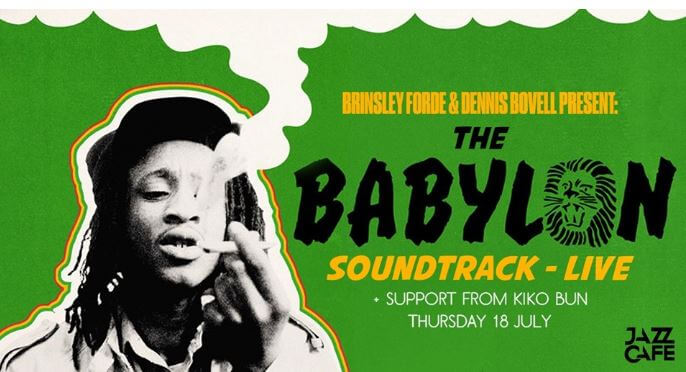 To com­mem­or­ate its release in the US after almost 30 years, Brins­ley Forde and Den­nis Bovell will per­form the soundtrack to their cult clas­sic Babylon live at the Jazz Café this sum­mer.

Franco Rosso’s incen­di­ary Babylon had its world première at Cannes in 1980 but went unre­leased in the U.S. for “being too con­tro­ver­sial, and likely to incite racial ten­sion”, that is until now.

The soundtrack has become icon­ic in its own right, with Dizzee Ras­cal sampling Forde in his own track ‘Can’t Tek No More’.

Open­ing the show on the night will be Lon­don dance­hall star Kiko Bun.