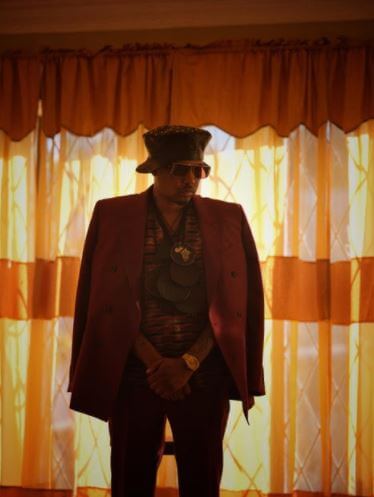 Nas joined Zane Lowe on Apple Music to dis­cuss his new album King’s Dis­ease. He tells him why ‘Ultra Black’ is the song on the album that speaks the most to him, work­ing with pro­du­cer Hit-Boy and how the exper­i­ence differed from past pro­jects, what led him to explore busi­ness ven­tures out­side of music, work­ing with Kanye West on NAS­IR, and his thoughts on Ander­son .Paak. He also speaks on what led to the dis­band­ment of The Firm and the loss of his moth­er.

Nas On Why ‘Ultra Black’ Speaks To Him The Most…

It would be ‘Ultra Black’, but a lot of things that I was work­ing on, it was already there. The title was ‘King’s Dis­ease’ before this crazi­ness happened and a lot of the things I was say­ing, but watch­ing George Floyd and what happened, I could­n’t watch the film, but just watch­ing all the ter­ror hap­pen­ing all over the coun­try, I just felt the knee on my neck and I felt the knee on our people and I felt like I needed a pride moment. I needed a moment to be happy about our exist­ence to be, to have made it so far and all the things that we have done as a people and con­stantly being ripped apart. In a moment that we were going through so much dark­ness, I wanted a song that will bring light, some­thing dif­fer­ent than any­thing I’ve done before. I did­n’t want people to get it and then hear some­thing I did before. So ‘Ultra Black’ was that rep­res­ent­a­tion of uplift­ing feel­ing and a feel­ing of empower­ment.