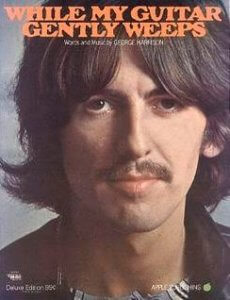 Over time, hip-hop has only got­ten more exper­i­ment­al and invent­ive. That’s not to dis­respect the cre­at­ive mas­ters of the early days of the genre, but it’s the nat­ur­al state of any genre of music to expand and innov­ate with each passing year. Case in point, “This Is Amer­ica,” the smash 2018 hit by Child­ish Gambino, just became the first hip-hop song to win Record of the Year at the Grammys, and it’s fair to say it’s fairly far on the exper­i­ment­al side of the spec­trum. Hip-hop, quite simply, is get­ting big­ger, weirder, and at least ini some cases, bet­ter.

This may be grat­ing or unwel­come to cer­tain tra­di­tion­al­ists, but again, it’s the nat­ur­al way of things, and see­ing more innov­at­ive tracks find­ing this kind of suc­cess will likely only push hip-hop artists toward fur­ther exper­i­ment­a­tion in the years to come. That might mean any num­ber of dif­fer­ent things, but com­bin­ing the decidedly cur­rent need to be invent­ive with one of the old­est tricks in the book, sampling is one option a lot of rap­pers will undoubtedly land on.

Sampling unre­lated music, and at times music that may seem incom­pat­ible, has always been a great way to make a song stand out, or at least a great way to give it a shot. Con­sid­er­ing this idea, and the notion of com­bin­ing recog­niz­able music with exper­i­ment­al ambi­tion, we came up with some clas­sic songs a bold hip-hop artists might do well to work with (if pos­sible) in the near future.

Writ­ten by George Har­ris­on, this mourn­ful but cap­tiv­at­ing tune is one of The Beatles’ most beloved, and one that’s already taken many dif­fer­ent forms in cov­ers. It’s been done via ukulele instru­ment­al (by the great Jake Shi­m­abukuro), as a faster-paced rock song, and even adap­ted to video form by Cirque du Soleil. Listen to these dif­fer­ent ver­sions and you can quickly come to under­stand how this song can be incred­ibly effect­ive in a vari­ety fo styles and applic­a­tions. It’s about time a great hip-hop artist got in on the action and tried to twist it once more. Gambino actu­ally would be an inter­est­ing can­did­ate to get the job done here.

If there’s any clas­sic song that just won’t go away, it’s “Purple Haze.” It’s in films con­stantly, and covered either in record­ings or on stages quite often. Now that online slot games have graph­ics and sounds that rival mod­ern video games, “Purple Haze” has even become part of a Hendrix-themed game, which in turn is part of a broad­er rock series. The song is just every­where, even after all these years — except in main­stream hip-hop. Hendrix is actu­ally pretty easy to sample giv­en the time­less, catchy nature of his gui­tar riffs and melod­ies, so this one should really hap­pen before too long. If he weren’t mired in career-alter­ing and self-inflic­ted drama, we’d say Kanye West might have a good shot at get­ting this right.

Oas­is is one of the sneak­i­er bands among the truly icon­ic rock groups of the last 50 years. No one really con­siders them on a tier with the likes of U2, clas­sic rock icons, or cer­tainly The Beatles or The Rolling Stones. Yet they have five to 10 songs that just about every­one would recog­nize after two seconds. “Live Forever” is per­haps the most fam­ous of them all, and not a par­tic­u­larly easy song for sampling, though there’s a gui­tar solo in the middle of the song that could make for a clev­er and fant­ast­ic inter­lude in a softer hip-hop track. Eminem tends to opt for a twangi­er, almost coun­try-infused clas­sic fla­vor to his occa­sion­al gui­tar inclu­sions, but because he does this sort of thing from time to time, he might be one to give this a shot.

“Love & Mercy” is anoth­er utterly time­less song — not one that neces­sar­ily comes to most people’s minds when list­ing the best songs from rock his­tory, but one that crit­ics always factor in, and which is almost impossible not to appre­ci­ate when you listen to it. It’s a song that inspired its own biop­ic, for good meas­ure! Like “Live Forever” (though in a totally dif­fer­ent way) it’s a chal­lenge from a sampling per­spect­ive, but a worthy one. Frankly it’s hard to think of a logic­al musi­cian for this option, though it would be fun to see Becky G return to the hip-hop scene to give it a try, simply because she rep­res­ents Wilson’s homet­own of Ingle­wood, Cali­for­nia.

This is the most mod­ern song on this list, though there’s an argu­ment to be made that it will wind up being the most icon­ic rock song recor­ded in the 21st cen­tury to this point. “Sev­en Nation Army” is favored in high­light reels and in sports sta­di­ums, and as always instantly recog­niz­able because of its stu­pefy­ingly impact­ful bass melody. That melody has become so fam­ous in and of itself that sports crowds routinely recite it as a chant. It’s a bit of a throw­back idea, but we could ima­gine Ludac­ris match­ing the song’s energy and cre­at­ing a sort of pump-up hip-hop track tail­or-made for NBA Play­off high­lights and the like.