Kid Vishis is the young­er broth­er of Slaughter­house vet­er­an Royce da 5 9, he began rhym­ing “down­stairs in the fam­ily free­style base­ment ses­sions” while still at high school before per­form­ing at loc­al open mic nights. Such was the pub­lic response, word on the street reached his broth­er who put him to the test one night in the stu­dio in 2003. Fast rising rap­per Kid Vishis releases his long awaited debut album “Tim­ing Is Everything” on 22nd July.

Our report­er John Gynn catches up with him for an insight on his career.

Q. On “Cow­ard,” a track from your new album, you’re joined by the album’s sole guest artist, your broth­er. Some people say you are the “Prince” to Royce’s “King,” how do you react to this, with a grin or a little bit of anger?

That’s awe­some to me for people to refer to me as the “Prince” because Royce was con­sidered the “King” before I even star­ted rap­ping.  It’s actu­ally a pretty big com­pli­ment for the both of us. I hold my broth­er in such a high regard that me being the “Prince” and him being the “King” is a great fit and I’m honored to be brought up in the same breath as a legend.

Q. Is it true that NFL Street 2, the video game, was your first paid rap job? Can you describe your ini­tial feel­ing when you received a paycheck for con­trib­ut­ing to such a pop­u­lar game?

Yes!!! NFL Street 2, I will nev­er for­get it, my first 500 dol­lars!. It was such an hon­or to be a part of such a pop­u­lar video game and the feel­ing was euphor­ic when I actu­ally bought the game and the first song you heard was me and Royce! Lots of people hit me up like “Yo I heard you and your bro on the NFL Street game”! Truly unbe­liev­able..

Q. In 2014, how do you view the emcee­ing ele­ment of Hip-Hop, has it regained a real sense of pur­pose?

I think the Emcee­ing ele­ment will nev­er die but it’s not very pop­u­lar at the moment… That’s why it’s guys like myself who have to keep push­ing bars and lyr­ics down the throat of the masses until the pop­ular­ity rises again… It’s been at an all-time low for some years now and it’s just time for the Emcee to pre­vail again.

Q. You’re a pretty ver­sat­ile artist, what artists inspired this ver­sat­il­ity that has been so evid­ent through­out your career?

Q. You refer to your new album as “the begin­ning of a Hip-Hop takeover”… can you elab­or­ate a little fur­ther?

I’m more focused on the res­tor­a­tion on HipHop as opposed to tak­ing it over. I don’t mind shar­ing I just don’t like HipHop being so damn corny! I prom­ise I won’t get viol­ent either unless I’m dis­respec­ted to the point where I have to take my respect but I just want people to focus on “More rap­pin and less antics” and the HipHop world will be a bet­ter stronger place.

Q. I read that you are a self-con­fessed box­ing fan­at­ic, are you a Floyd fan?

Abso­lutely! I love box­ing and mma!  Floyd is my favor­ite fight­er and has been for years. He is a Mas­ter at his craft and there are very few mas­ters in this world so I just have respect highly for any­one who can fig­ure out the sweet sci­ence..

Q. Out of all the cit­ies in the Europe that you will per­form in dur­ing your tour, where are you most excited to vis­it?

I’m sorry, let me read the ques­tion again… WHAT??  ANY and EVERY city in Europe would be amaz­ing to per­form in! I think a lot of artists take for gran­ted that it’s a priv­ilege and an hon­or to be able to get paid to fly to coun­tries and do what they LOVE to do all the time any­way. If it’s a small city or a large city, I’m gonna rock that shit and when I leave I’m gonna have half of Europe yelling “SICK EM”!!

Q. Lastly, one rising star that we should all look out for in the world of rap?

I like Jon Con­nor from Flint Mi, and The Horse­shoe Gang from Long Beach Ca.. These guys are cut from that cloth where Emcee­ing is very import­ant, being clev­er with every bar, storytelling, etc… I rock with these guys and they’re fam­ily so we are all a part of the same move­ment, to restore the “Pride” back into HipHop… 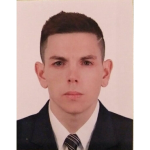 Kickin’ It With Shah Rule (@iamshahrule) !